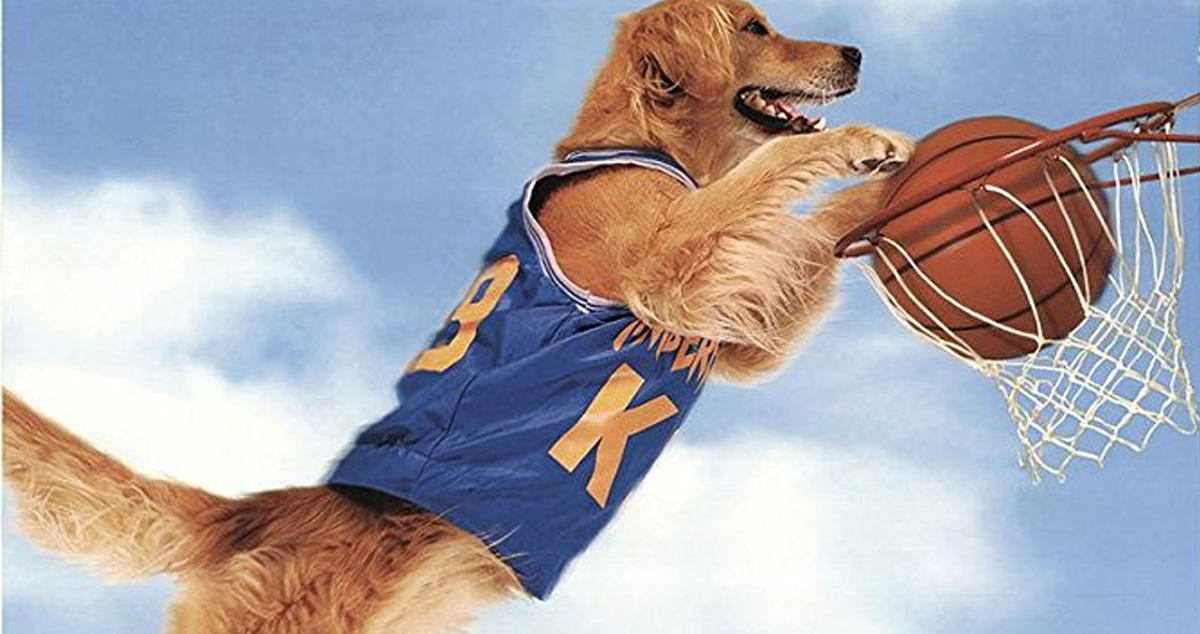 You know how special features on your favorite movie can make a great movie experience even better? It can provide you with insights and trivia into a film you admire and it can even help you understand it more. Well skip the new Air Bud blu ray, cuz this dog’s commentary doesn’t add a fucking thing.

At the beginning of the film you hear someone let Air Bud into the room. They explain where the monitor and microphone and bowl of water are and tell him they’ll be in the next room. Then there’s just silence for a while. When Josh is shooting hoops by himself and first meets Air Bud, you hear the dog whine a little bit. Was he explaining that he tried to do what he could with his limited range to express the shared loneliness inherent in all life experiences, not just that of humans? No, I think he just had to take a shit.

After they bring Air Bud back in, the movie has progressed and the kid and his dog are pretty tight by then because they didn’t even bother to pause it. So unprofessional. In the audio commentary for Under Siege, they sure as hell paused the movie while Steven Seagal went to take a shit outside. Now THAT is how you make a special feature.

Related: 9 Reasons Why “Armageddon” Is The Only Good Movie In Criterion’s Pussified Collection

OK, so now the dog is shooting hoops and Air Bud is barking at himself. I think he’s either feeling nostalgic for the summer they spent in British Columbia making this family classic, or he doesn’t understand how movies work and thinks that’s a real dog who isn’t him. Or maybe he has to shit again.

Oh wait a minute. I just realized that this is the 20th anniversary blu ray. There’s no way that Air Bud is still alive. Fuck, that’s depressing. Who is this dog i’m listening to bark at this championship game? What a rip off. Zero stars. I think I wasted 30 bucks.

Article by Mark Roebuck @mark_roebuck
Hard Style is a lifestyle blog by the people who brought you The Hard Times. Like us on Facebook to keep up with all our posts.