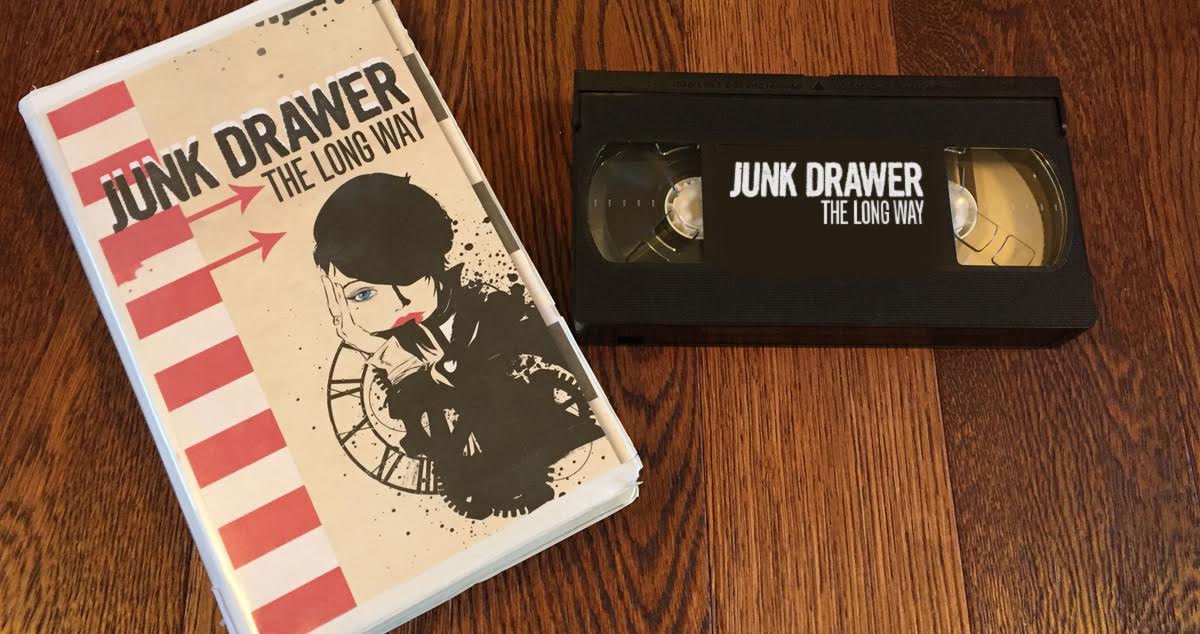 Oh, boy. I really did it this time. Part of growing up and becoming more mature is admitting when you’re wrong. And with hindsight on my side, I can admit that we probably shouldn’t have released our new album, The Long Way, exclusively on VHS.

All of us in Junk Drawer put our heart and soul into these songs and not only is no one listening to our new album, people don’t even know how to operate our new album! It’s been a disaster.  I guess we thought more people had VCRs, like ironically, or whatever. That’s a thing, right?

It’s really unfortunate too, because it’s a really good album. If people could just somehow hear it I think they’d really like it. We invested our entire band fund into this release. It’s a lot harder and a lot more expensive to find places that professionally dub VHS tapes nowadays than you might think. We even splurged on the old school clamshell covers. I wish anybody cared about this stuff besides me.

We worked really hard on the visual aspect of the album too. We wanted it to be the like the punk Lemonade. A couple fans bought copies online last week and I was so stoked that at least SOMEONE got it. Then they told me on Twitter that the tape didn’t fit in their stereo. I tried explaining to them that it’s not a cassette it’s a VHS, but they just got more mad and asked why the tapes are so big. Damn millennials, with their Netflix and their Hulu. Sorry you can’t stream EVERYTHING. Although in retrospect maybe making the album available to stream somewhere would have made more sense.

So yeah, don’t ever release an album on a VHS tape. Learn from our mistakes, it’s not as cool as it seems. It hasn’t been all bad, though. We have sold a dozen copies to friends and family. So getting on the Billboard chart for VHS releases was pretty cool.