Opinion: Some of These Elves Should Be Black, but Not Too Many, Actually, Wait 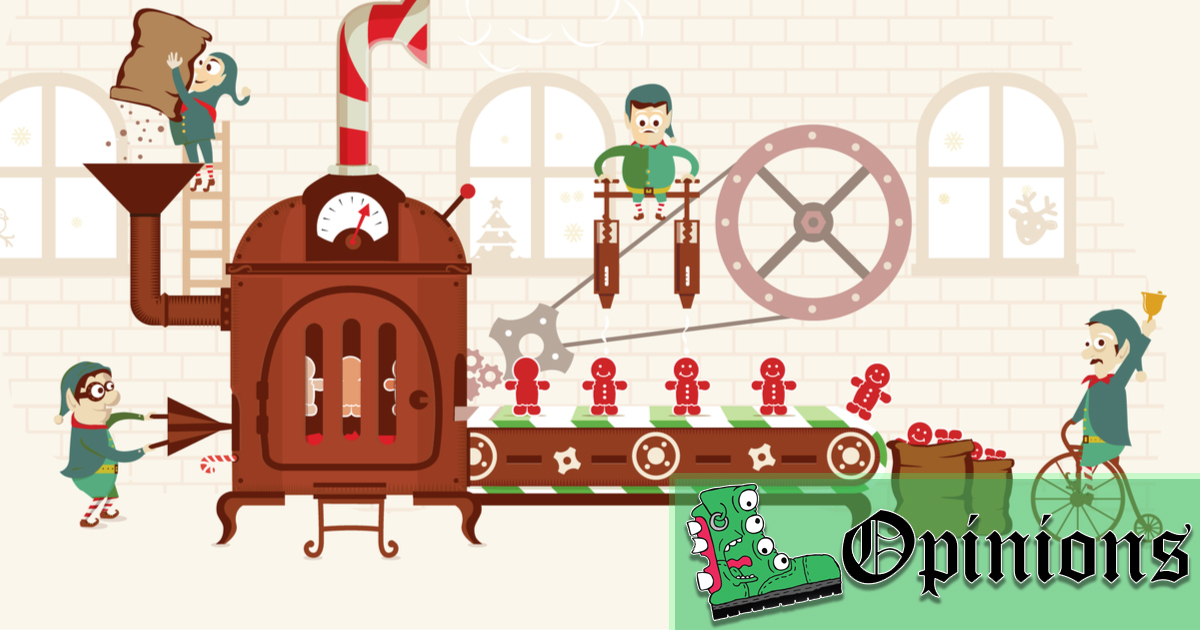 Ol’ St. Nicholas is right around the corner, coming to spread his good cheer across the planet. In his workshop every year, hundreds of elves work ‘round the clock building toys for the children of Earth. But take a closer look and what do you see? Not a single elf of color (EOC). All of Santa’s unpaid, uninsured, nonstop, and demeaning labor is completed by a team of exclusively white elves, and that’s, uhm, terrible. I think.

It’s no secret that Santa Claus has been able to avoid all kinds of labor laws. By building his workshop in international territory, he hasn’t once had to pay taxes or inspect for safety. It comes as no surprise that Father Christmas refuses to follow affirmative action policies.

Photographs from inside of his workshop show an all-white workforce, laughing and singing and toiling away for hours without sunlight. An equal opportunity employer would be concerned with making sure his humiliated slave labor came from all walks of life, no matter what color your skin is.

Wait.. are elves slaves? OK, uh, maybe. Well, I guess what I’m saying is everyone has a right to be a slave at the North Pole. Wait, no, that can’t be right. What’s my take? OK hang on, just let me figure this out…

What I mean is, nobody should have to be a slave but if we can agree that there are going to be slaves then we have to make sure that they are fairly represented through all kinds of people. We need to make sure we fight the injustices that we can in the world, and sometimes that means Santa needs black elves. And other kinds, too, of course, like, Chinese elves, or Samoan elves, or like an elf who is blind, or something. Like, they’re ALREADY slaves, why do you need all of them to look a certain way? There shouldn’t be any discrimination with this sorta thing, is all I’m saying.

And they don’t have to all be doing the same elf stuff, either! Maybe the Korean slaves can be writing pop music and the Irish slaves get to drink on the job and the Mexican okay my editor is telling me he’s on the phone with the Hard Times lawyer and he’s making a neck slitting motion.

So in conclusion: we need to come together and make sure Santa Clause knows that we are basically okay with slavery as long as it’s whimsical, but there needs to be more different kinds of slaves? I guess it doesn’t really sound good when I say it like that.

You know what, forget the whole thing. Merry Christmas everyone!