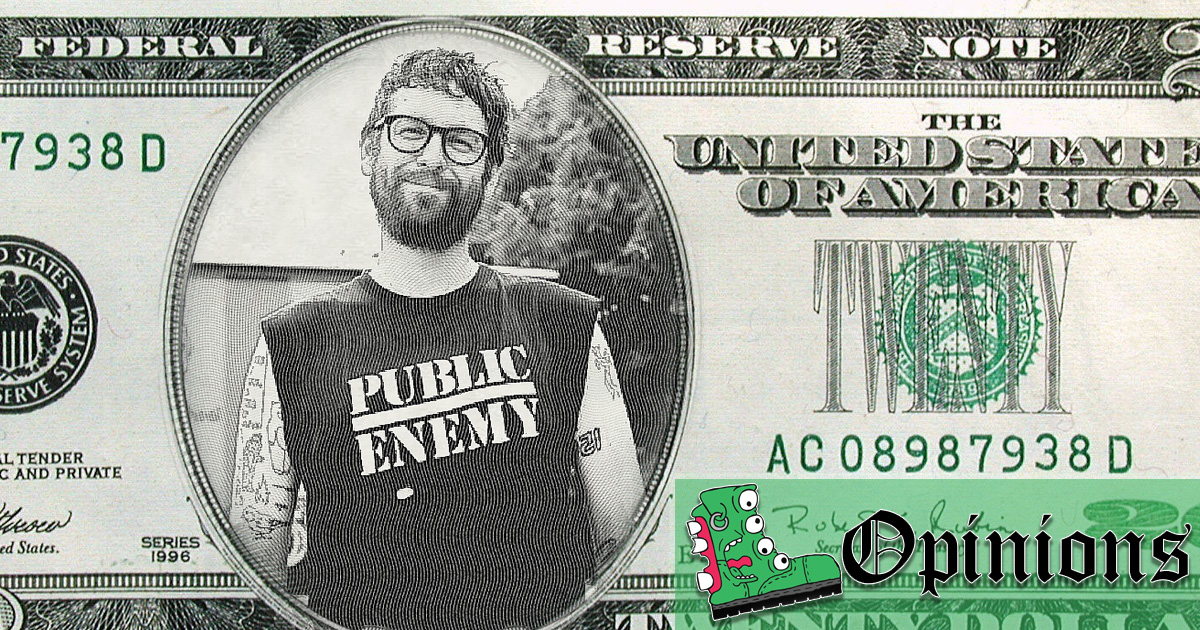 It is a historical fact that Andrew Jackson was a shit-eating bag of limp dicks and prolapsed buttholes. As a punk publication, the Hard Times has no official stance on currency other than that you should give us some. However, there is literally never a bad time to remove the faces of racists from currency and that’s why I say we replace him with prolific folk-punk outfit Andrew Jackson Jihad.

AJJ are the perfect guys to replace ole’ Hickory on the twenty dollar bill. I know what you’re thinking: Sean Bonnette probably doesn’t want his face slapped onto a crisp bill that represents a capitalist war machine country. And that’s a pretty solid point I should have considered before taking up this cause, but I already ordered the AJJ 3D-printed stamps so we’re riding this cargo-toting fixed gear bike all the way to the bitter end, baby.

More importantly: Would this symbolic gesture change the world? Honestly, no. Would it help visibility for folk-punk bands? Probably! Is that something this country needs? Fuck if I know. I’m way too busy figuring out what to do with these 3,000 AJJ stamps to parse through the complicated ethics of arguing for anything positive related to money.

Don’t stay stagnant, America! I know you love your history (or select parts of it), but newsflash: you gotta change shit up once in a while if you actually care about the country. Imagine if we’d never abolished slavery! You know who’d love that shit? Andrew fucking Jackson.