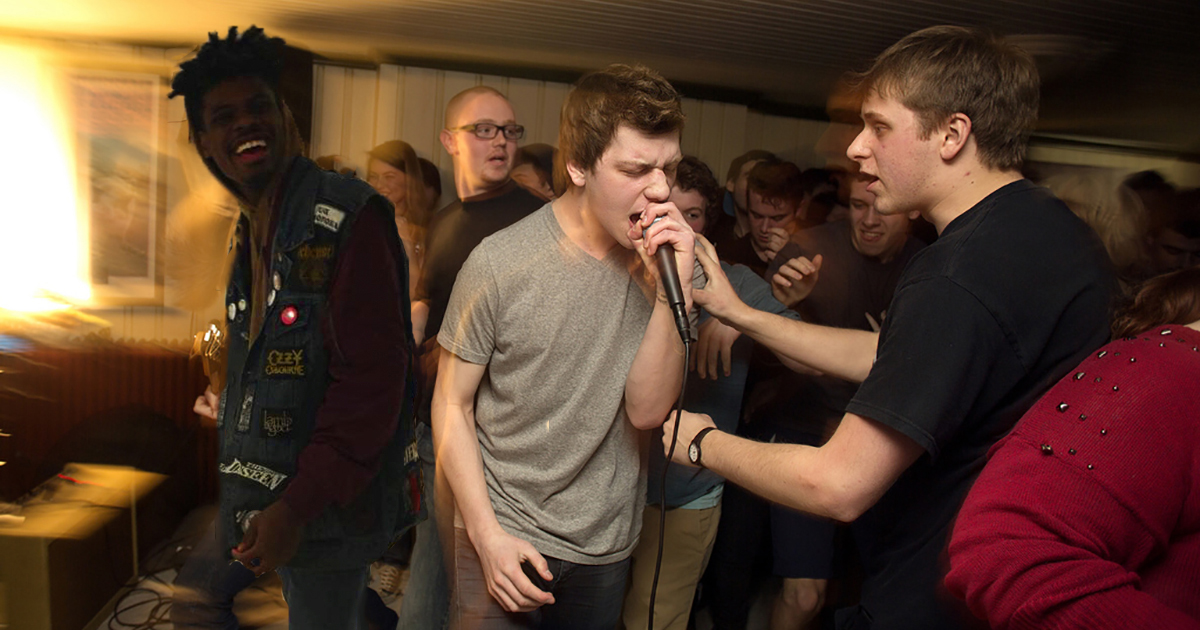 Let me just start this one off by saying I don’t think there’s anything wrong with what’s happening in this basement tonight. The opening band played like 9 minutes of angry fuzz and the next band took twice as long just setting up their pedal boards. There’s been a lot of drinking, a lot of throwing things onto the ground, and the porch is coated in a thick fog of vaporized marijuana. It’s been a great show so far, and the icing on the cake: there’s a black guy in the back wearing an X Ray Spex shirt and nobody is making it into a weird thing!

Inclusion is so important in the scene– I’ve been saying it for years and I’ll keep on saying it for years to come: it’s absolutely necessary that we make sure people of color feel welcome at our shows. Music doesn’t know race; music is about feelings and energy, passion and dancing. It’s really great that our brother in the back is here tonight taking it all in, exploring new genre of music, sharing cultural experiences with us. He’s staring at me right now! Oh! This is so exciting.

The last time I saw a black guy at a show was at an Oxbow concert and it didn’t really count because he was on stage and yelling, so you can imagine how I feel right now, a living part of history for this small-town Minnesota punk scene. I know it can be tough to feel like you don’t belong anywhere and I just want him to know that the only single black person I’ve ever seen at a basement show doesn’t have to feel like he’s any different from the rest of us. I accept him completely as he is; nobody thinks he’s weird, or like he doesn’t belong here. In my book, he’s just like everyone else.

He’s so brave. I don’t think I could do what he’s doing; I don’t think I could take it upon myself to bridge such an important gap between cultures and men for the greater good of the future. No one black person speaks for all black people, and it takes a special, unique individual like this man to show us that black people everywhere are just normal, everyday guys like me and him. When I tried thanking him he told me he didn’t do anything, because he’s so modest. I bet he doesn’t even see color, just like me. We’re all just some people having a good time at a house show, and nobody is making a big deal about it.