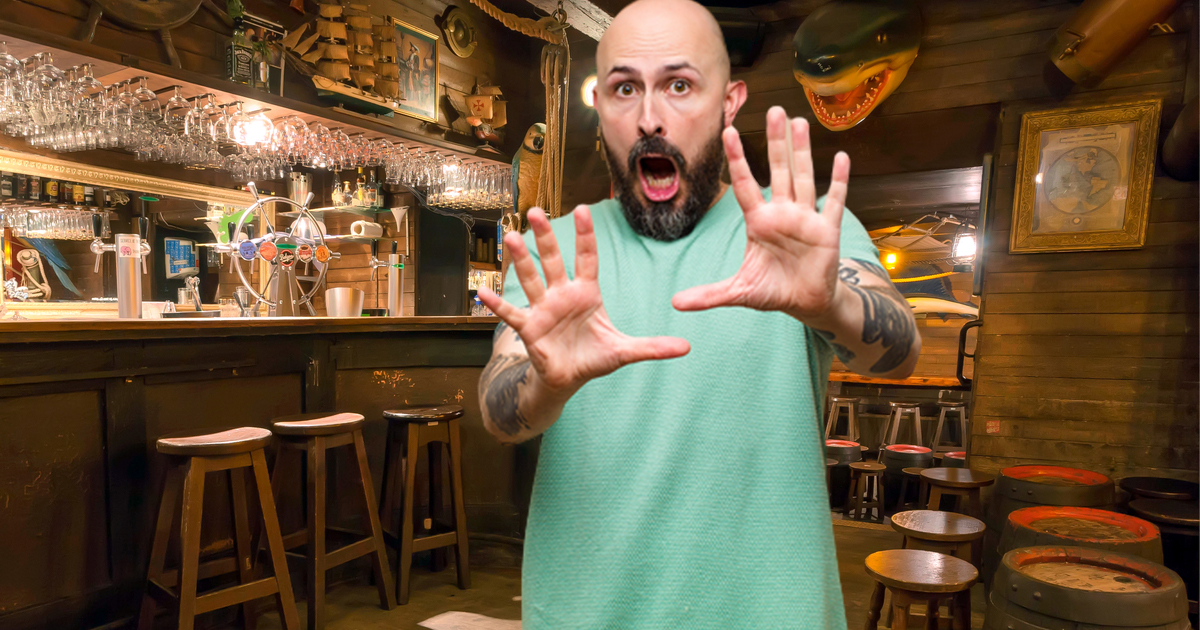 Oh, you’re a King Crimson fan? Tell you what, 10 bucks says you can’t name exactly zero KC songs in the next 5 seconds.

Okay I think you missed the tone of my little joke there, please stop naming songs. You just dropped like 8 or 9 deep cuts, I’m impressed okay? We’re good. Stop it.

Hey, I liked them as a kid, but as I got older I just found that I didn’t want to have a noisy angry bad time when I listened to music. So let’s say that this isn’t going to be a shared interest for us, but who else are you into?

Oh, please don’t try to get me on board with 21st Century Schizoid Man. That’s just 90 tolerable seconds followed by 4 minutes of fussy jazz, and you know it. I’ve never wanted to punch a song harder.

10 more song names isn’t a rebuttal, man. How are you getting them out so fast, anyway? Is this some kind of poly-rhythmic gamelan-talking? It’s a technical tour de force, sure, but it’s a sonic bag de shit.

Seriously, though, I really don’t need your Crimson credentials, and yet you’re already up to, what, 40 songs? Maybe think about wrapping it up now. There’s a point of diminishing returns with naming King Crimson songs, and it was about a week before I met you.

Listen, you’re starting to look like the album cover of “In the Court of the Crimson King” right now, so maybe it’s time to call it a night. Maybe cool off with some music that’s had something above 0% female participation.

Do you know Lizzo? She’s the best. Just imagine the flute parts from King Crimson, and then change absolutely everything else. Just imagine completely the opposite thing. Lizzo is to King Crimson what a delicious milkshake is to a cup of vinegar with a single gray pube floating in it.

Wait, did you just name an Emerson, Lake & Palmer song by accident? Oh, fuck. I don’t know which of us should be more embarrassed right now.