Where Are They Now? Both Studded Belts I Wore Simultaneously in Middle School 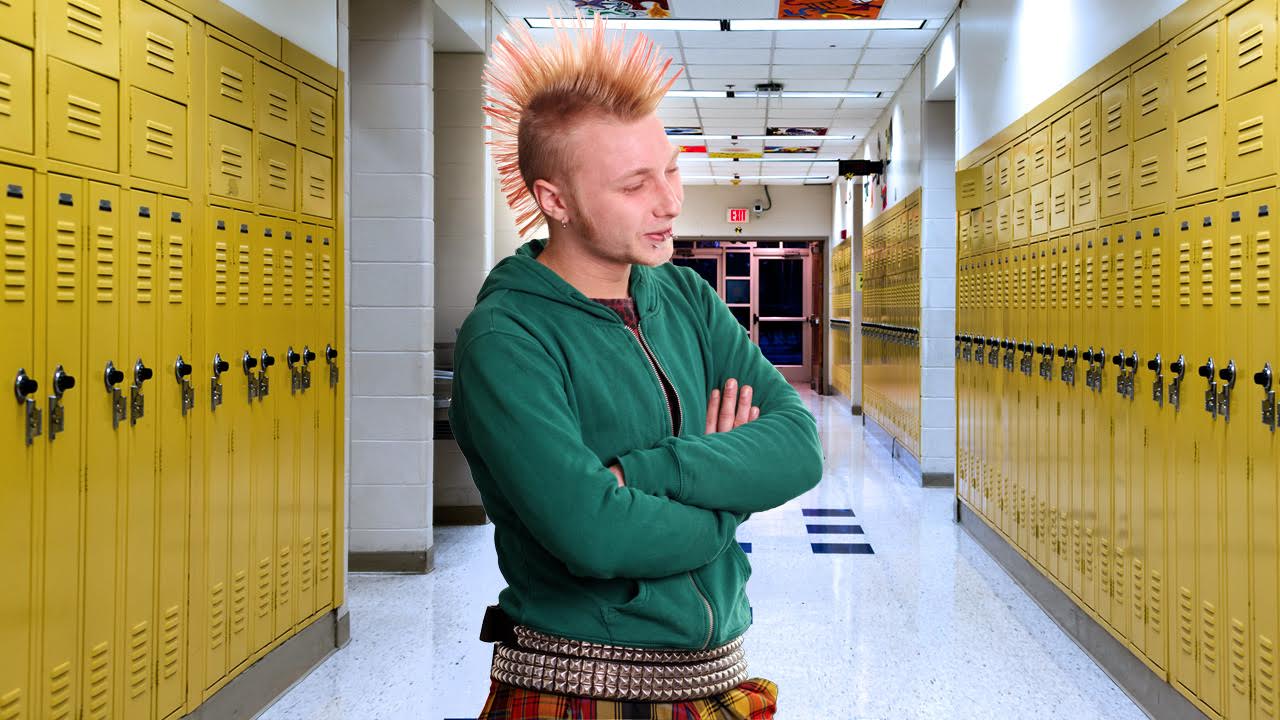 Everything you wear in middle school is statement about your identity. From your shoes to the sweatshirt, your clothes help your peers recognize where you belong. In 2004 I was in 7th grade and had recently received a Misfits record from my Mom for getting good grades. More importantly, I got my second studded belt. A studded belt I simultaneously wore with my other studded belt for most of 7th grade and all of 8th grade.

As I creep closer and closer to my mid to late 20s, I find myself yearning for my youth, overcome by waves of nostalgia for Fat Wreck Chords compilations, smoking weed out of beer cans, and of course, for both of my studded belts. In order to find out where both my studded belts I wore simultaneously in middle school are now, I traveled back home to Sacramento, California.

As soon as stepped off my red eye flight and into my parent’s station wagon, I asked my mom about the whereabouts of my studded belts. She told me that if she hadn’t already thrown them away or donated them to Goodwill, they would be in the closet in the guest room. I skanked to that closet faster and harder than I skanked for Catch 22 at The Broadway in 2003.

I hastily clawed through the spare linens, tearing up the guest room closet, desperately looking for my belts — and my youth. I left no wicker basket filled with tealights unturned but I found nothing. As I was losing hope, I found a single stud. Invigorated by the thrill of my discovery, I charged forward in my search as visions of Warped tour 2004 came rushing back to the forefront of my mind. I wasn’t going to be another victim of society and I was going to find my studded belts.