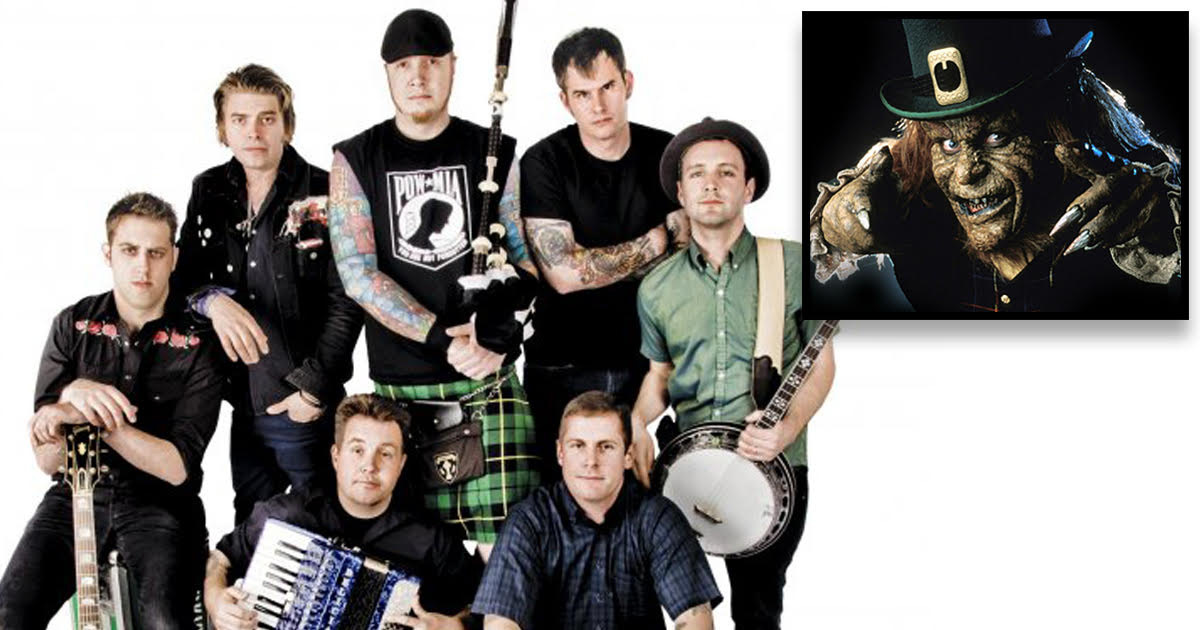 A few days ago The Hard Times tasked me with writing about a punk St. Patrick’s Day tradition, and right away I had a great idea. I’ve always assumed that in a “Dark Side of The Moon”/”The Wizard of Oz” kind of way, one of the Dropkick Murphys albums would sync up with the movie Leprechaun. Doesn’t it seem like it? And doesn’t this seem like an awesome punk St. Patrick’s Day tradition to watch “Leprechaun” while listening to The Gang’s All Here?

I thought it did. So, I put my long standing theory to the test. With high hopes, I watched “Leprechaun” 8 times yesterday. But much to my chagrin, all I ended up learning was that none of the Dropkick Murphys albums were meant to be played over it.

The Dropkick Murphys have spent two decades paying tribute to anything and everything Irish: traditions, songs, people, legends. Despite that, they have not penned a single track about writer/director Mark Jones’ cult film Leprechaun, let alone writing an entire album to sync up thematically and musically to perfectly match the movie scene by scene. I thought there had to at least be some references to Leprechaun buried somewhere beneath the surface of these albums. But, after listening to all eight Dropkick Murphys records, all I found beneath the surface were a bunch of bagpipes and songs about unions. It didn’t fit at all.

“The Warrior’s Code” got my hopes up for a second. The title track has some lyrics that fit the film thematically, like, “You fight for your life because the fighter never quits.” But then it turned out they were singing about some old Irish boxer guy and the movie cut to Jennifer Aniston and her family moving into a farm house. After 12 hours, that was as close as I came to making a connection. It’s almost like they weren’t thinking about Leprechaun at all when they wrote their albums.

I really wanted to share a new St. Patrick’s Day tradition with you all, and I’m sorry, but there just doesn’t seem to be any connection between “Leprechaun” and any Dropkick Murphys album. Although, while researching for this article I did discover that there are six “Leprechaun” sequels, so check back next year to see if a Dropkick Murphys album syncs up with any of those. I better get started on this right away.

Are you as surprised as us to learn that no Dropkick Murphys albums sync up with the movie “Leprechaun?” Let us know in the comments below.