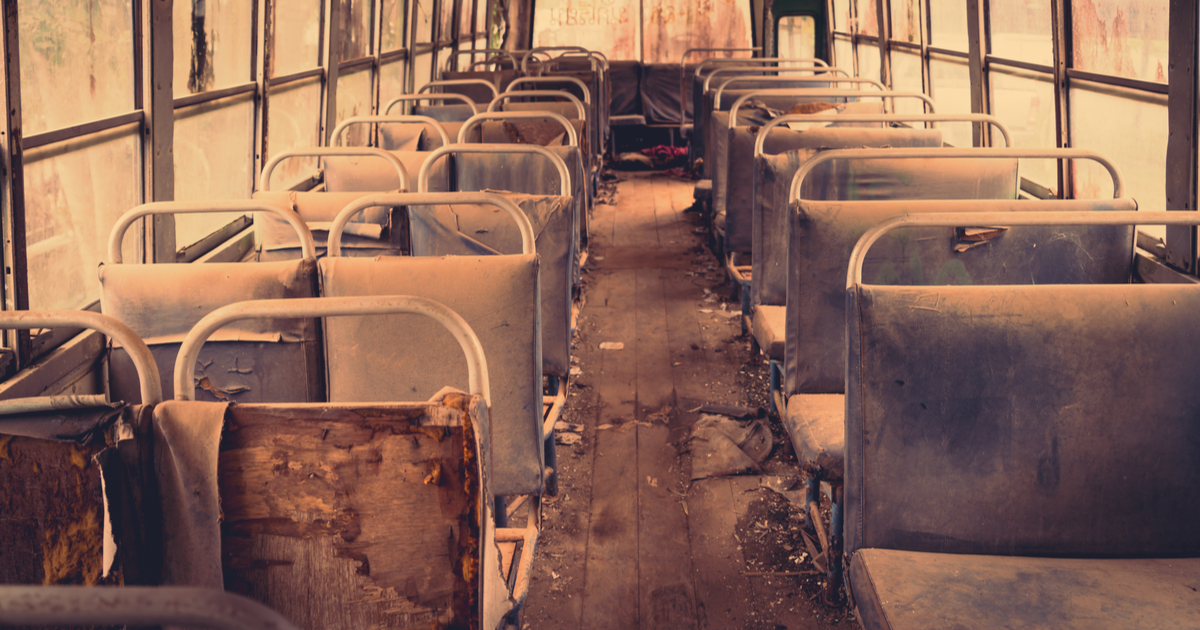 To the untrained eye, SEPTA bus 8111 appears to be any other 2005 New Flyer D40LF. It is capable of an impressive 450 horsepower and sports a powerful Thunderbolt Powertrain. But what lay beneath this unassuming facade is luxury defined.

When I first entered this palace of public transit and only slightly smelled mold, I momentarily considered that I may have been transported to a dimension of unadulterated pleasure. I thought I had entered a bus, yet as I stepped over a mere single piece of poop, I felt as if I had stepped into Mardan Palace. My God, had I stumbled upon the cleanest bus in the city of Philadelphia?

I sauntered down the smooth silicone rubber floor and inhaled the humid, diesel fume-tainted air. To my astonishment, I even found a bus seat that was completely absent of used needles.

I continued my journey down the aisle and careened my head upwards. I admired a single circle of dark green mold, like an eclipse in the middle of a bright blue sky that would give me a sore throat if I touched it.

“Look where the fuck you’re going, you fuckin’ clown.” cried one of my fellow passengers as I failed to negotiate his outstretched leg. I was on the floor and my hands were firmly in a mystery liquid. A quick whiff confirmed it was simply life-sustaining Gatorade. Under normal circumstances I might have worried that I was exposed to hepatitis, but not on Bus 8111. The only thing I had been exposed to were the wonders of a modestly funded and well-managed public transit system.