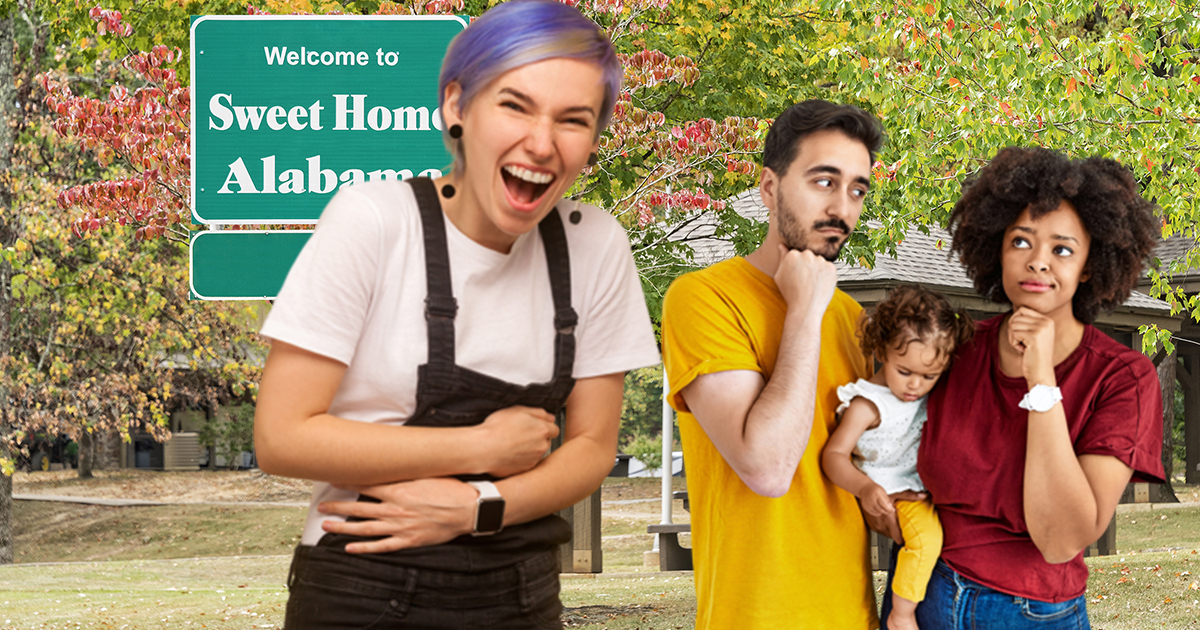 These days, it seems like racism is at the forefront of everything, mostly thanks to former President Donald Trump, and how he brought racism back from the dead.

If anything’s going to be done to end racism, we can’t count on the very system that was put in place to uphold it to tear it down, we have to leave it in the hands of the people. People like Westchester County resident Pam Creel, who is doing her part to combat racial injustice by using Facebook to take shots at people who live in Arkansas, or some other backwoods-ass shithole.

“As a white woman, taking a stand against racism not something I take lightly, so I hope all those cousin-fucking yokels hear me loud and clear when I say ‘no more,’” she said, while uploading a meme featuring a toothless man fishing and the words ‘But her emails,” to her social media platform of choice. “The south is just such an embarrassment and it’s time everyone knew it. I don’t know why anyone chooses to live there when they have AirBnb literally everywhere now.”

It’s totally understandable why Pam would pick Alabama, a state that boasts a mere 1.2 million black people, as the primary target of her self aggrandizing slams!

People have been admiring Pam’s courageous outspokenness online for years, from the shots she’s taken at coal miners, to the ‘Hey, Coal Mister,’ song parody she made about coal miners.

“Honestly, I don’t know what we’d do without the hard work of people like Pam, who put themselves in the line of poor taste day in and day out to bring awareness to the fact that people like her were born above the Mason-Dixon,” said Greenville, Mississippi organizer, Boyd Charleston. “The fact that she’s so critical, not necessarily of civil rights-infringing policies our lawmakers set in stone, but the people who will be affected by those policies, is truly something to admire. I mean, the $10 she donated to the ACLU in November 2016 speaks for itself. We could all learn a thing or two from her.”

Thanks for all the hard work you do, Pam! We’d say come down here and meet us sometime, but we know your heart yearns for real culture and will just go visit the nice part of Bermuda again.