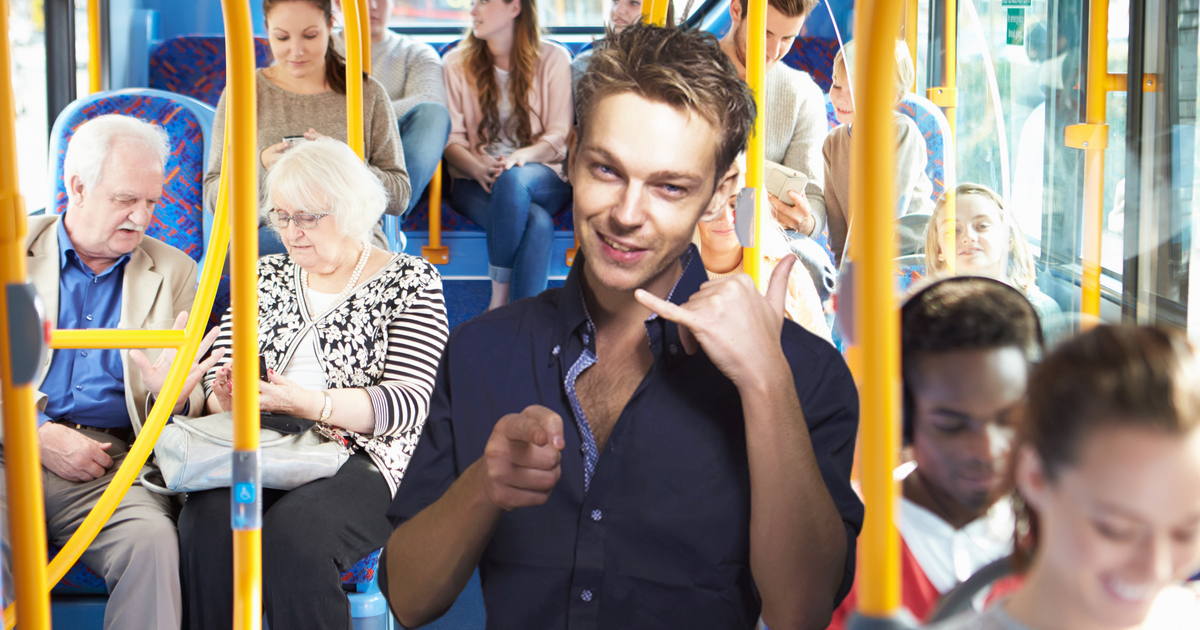 In this day and age, it seems fewer couples are meeting organically, opting instead for dating apps and algorithmic websites to find a partner. Whatever happened to the stories our grandparents told us, like meeting at a school dance or locking eyes when reaching for the same library book? Well, that’s what makes the story of Mark and Kylie Owens so refreshing to hear.

Kylie was just simply sitting on the bus, headphones in and hood up, waiting for her stop when Mark approached her. “I just thought she was so beautiful,” said Mark of his future-wife. “And a woman that beautiful doesn’t need to wear so much makeup. I needed to let her know.”

Kylie was both flattered and excited that Mark approached her, as she had noticed him on that same bus before and thought he was cute. “I’ve always thought it was fun to play ‘hard to get’, and considered wearing my headphones a bit of a ‘subtle invitation,’ so I was thrilled that Mark came up to me. He was also taking up two spots by spreading his legs. That type of assertiveness is hot!” The two exchanged numbers before going their separate ways.

Kylie initially had second thoughts about dating a guy she met on a bus, but Mark was persistent, and his enthusiasm paid off. “She wasn’t texting me back, so I kind of just kept texting her until she did,” said Mark. “It was just cute stuff like ‘Hey’, ‘You’re so fucking hot’, and ‘What? Am I not good enough for you?’”

“I was at work and forgot my phone,” said Kylie of that fateful night. “When I returned later that night I had 35 missed texts from him. It showed me that he cared.”

They immediately started dating, spending loads of memorable nights together. They’d go to the bar to watch the football game with Mark’s friends, go to the bar to watch the hockey game with Mark’s friends, and spend cute nights snuggling on the couch while Mark played video games online with his friends. “I just wanted her to feel a part of my life,” says Mark of their relationship’s blooming period.

After only six months of dating, the lovebirds tied the knot in a dream ceremony. “It was perfect,” said Kylie of their special day. “When it came time to give our vows, he constantly interrupted mine to add more of his. He was just so excited. That’s love.”

Now husband and wife, the future is incredibly bright for this Mr. and Mrs. Owens. “It’s been such a dream come true,” said Kylie. “I haven’t stopped smiling since we met.”