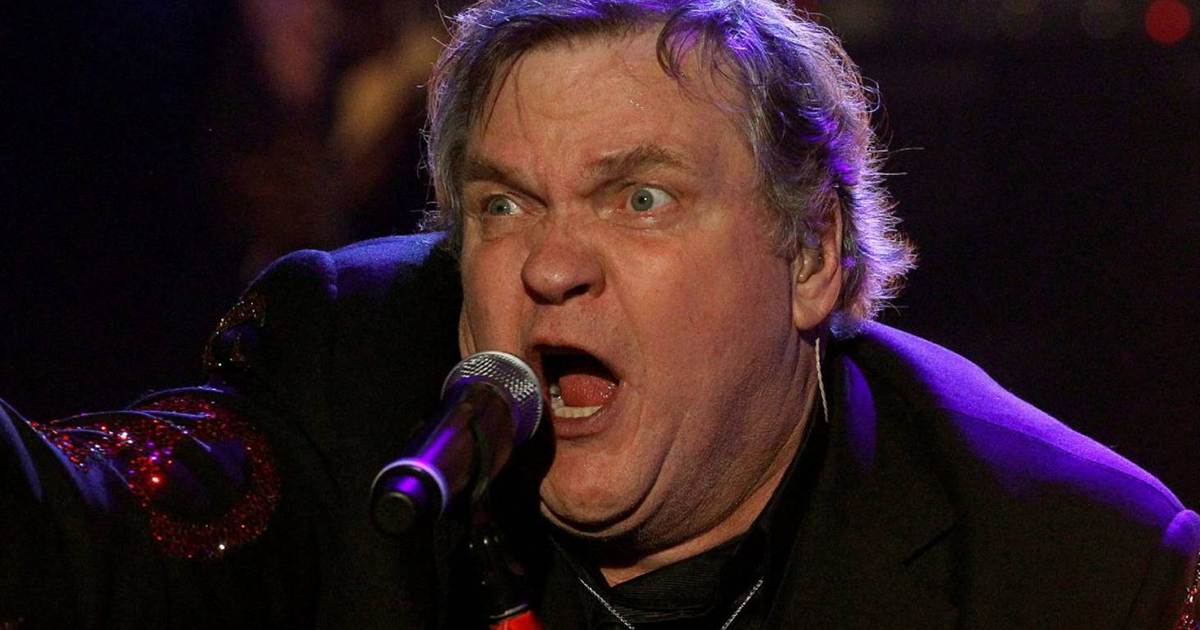 When it comes to rock music, you don’t get much more singular than Meat Loaf. His specific brand of hard-hitting, glamorous orchestral rock has led him to unfathomable success through multiple decades. I thought it’d be great to speak with him about his career and his unique place in music history.

Unfortunately, after 50 minutes of waiting for him to show up for this interview, I got a call from his publicist saying he wasn’t going to show up due to a prior engagement. So I did the next best thing: I walked into the nearest Long John Silver’s and spoke to the weirdest looking dude I could find.

At 72-years-old and sporting a bolo tie over his polo shirt with some dried Baja Sauce on his face to complete the look, Ernie Copeland made me uneasy in the way I believe Meat Loaf would have.

THE HARD TIMES: Mr. Copeland, thanks for filling in today, we really do appreciate it.

Ernie Copeland: Sure thing, son. Let’s try to keep this quick though, the guys from my neighborhood’s lawn care Facebook group are meeting here in 18 minutes to talk shop.

Right. To be honest, we had a bunch of questions written for Meat Loaf, so we’re going to see if you can shed some light on them. How have you maintained your singing voice through the decades?

Oh, come on now, do I look like a guy who’d sing? I didn’t even sing on my wedding night, even though Shirley really wanted me to. *takes big bite of whitefish* No disrespect to the fellas who make it work, but you’re out of your mind if you think I’m doing any singing.

How do you view the original Bat Out Of Hell album after all these years?

Son, I can’t say that’s an LP I’ve ever listened to, so I can’t help ya there. If you needed any pointers on the band Alabama’s discography, I could maybe be of assistance.

As the Rocky Horror Picture Show continues to have endearing popularity, what do you –

Now I’m just gonna stop you right there, I feel like you’re steering me into an uncomfortable position. I know what “me too” is and I’m pretty sure that’s what’s gonna happen to me if you print my thoughts on that “movie.”

Right. Well, maybe we can get what we want if we went a bit broader. Do you have any motorcycle stories?

Now you’re speaking my language! One time my son Tim pulled up in this beautiful Harley and he let me take it for a spin. I got on, yelled out “I’m the king of the road,” and went for about 300 feet before spilling onto my ass. But for those 300 feet were the best 300 feet of my entire life and I wasn’t really using that collar bone anyway.

What’s the angriest you’ve ever been made by a piece of musical theater?

Oh boy, you ever see that Cats show? Absolute misery. Shirley wanted us to go to be more cultured, but if that’s what cultured is, consider me a savage. Did you know they crawl all over the seats? Leave me alone man, I did not pay 50 dollars for some 27 year old to wag a tail in my face. Now South Pacific, that’s a show. I saw them do it at the high school back a couple years ago, and my granddaughter was the best damn chorus member there was. I yelled at the director at intermission for not giving her the lead role, so I didn’t get to see her during the second act, but I’m sure she was brilliant.

Sounds like you sure love your granddaughter. I bet you would do anything for her.

You bet I would.

Would you say you would. “Do anything for love”?

Yeah, I guess so.

No I mean like, would you say it? Those words?

“I would do anything for love.”

Uhm, okay. I would do anything for love.

Do what?! Son, you’re not making any god damned sense.

Ah, nevermind. This was a dumb idea. Well thanks for your time. You know what I’m kinda hungry, what’s good here?