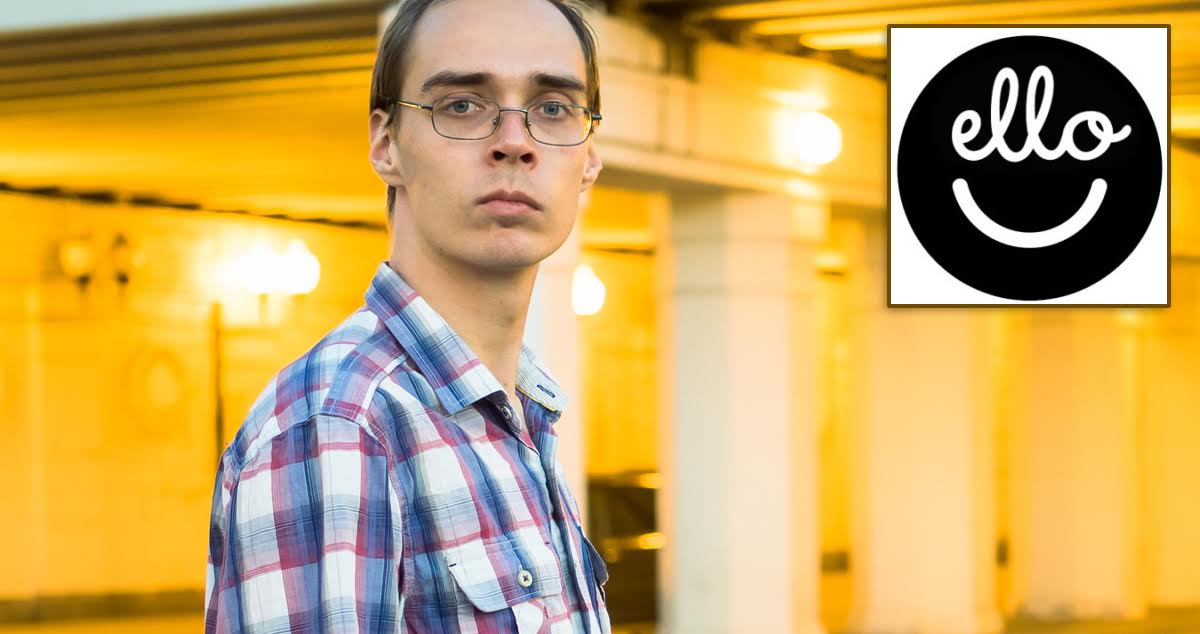 I don’t like to use the word BRAVE often, but when it’s necessary, it must be said. Amongst an entire worldwide social network, hundreds of thousands of people sharing a space in the digital world … not one other person is taking a stand against the tyranny of white supremacy. It’s been awhile since the whole Charlottesville thing went down and it looks like I’m the only one brave enough to post anti-racist memes on Ello.

When I kicked Facebook to the curb in 2014 I wrote a brief 14 paragraph tirade about how Mark Zuckerberg is ushering the new world of CORPORAT-OCRACY online. I was excited to join the new social media site ELLO, free from ads of evil corporations propped up from their Facebook clicks.

Remember in 2012 when everyone said “umm bye bye” to Instagram because the new terms of service said they would use all of your pictures to reuse however they see fit?!  This is the kinda bullshit that you don’t see on Ello. In fact, I don’t see much of anything on Ello. The silence is deafening. At a time like this silence equals compliance.

Related: I Don’t Usually Make Political Posts but I Will Not Sit Back and Watch While Everybody Else Gets Likes

Every morning I wake up and post my #morningmeme against racism and nobody gives me bread! Not actual bread, it’s just like a “like” or “fav” but you know, on Ello. I had hoped for more from a community against corporate theft. Ello was supposed to be the anti-Facebook and anti-Instagram for open-minded revolutionaries like me, but it feels like I’m posting memes in a void over here!

I’m not afraid to lecture racists in my meme comment threads … I just never have ANY comments. At all. People just are afraid to stand up against tyranny. Even on Ello! Unreal. Tag your Ello handle in the comments! I’m #teamfollowback!