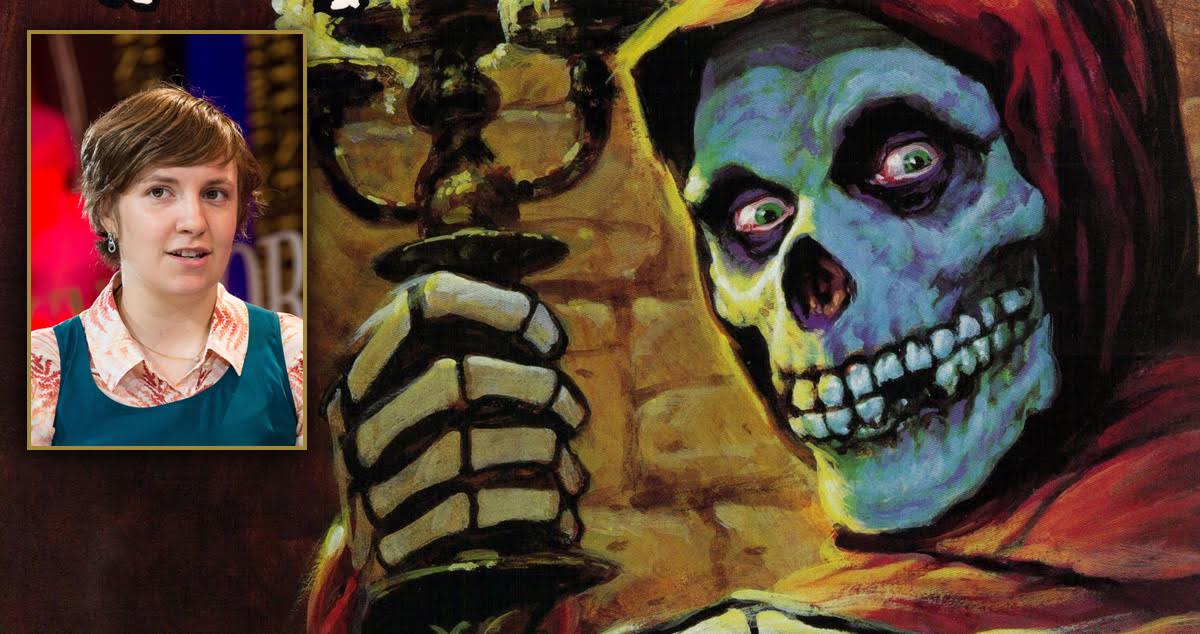 Like all millennials, I love HBO’s Girls. It’s a totally authentic representation of life in Brooklyn. Well, at least the neighborhoods I feel comfortable in. It perfectly illustrates the struggles we, as young creative people, endure to find our way in this unforgiving cultural landscape. The show’s creator and my personal spirit animal, Lena Dunham, is an inspiration for all. While she is most known for her body positivity, (which honestly doesn’t speak to me personally since I’m very good looking, but I totally get where she is coming from) Lena inspired me in a different, more important way: she inspired me to admit I like Graves-era Misfits.

The first time I saw Lena’s bush on screen, I thought, “that’s gross, but good for her. I should do something brave.” And I did. I went right to eBay and got myself a Lost in Space T-shirt. As soon as the shirt arrived in the mail I put it on and went straight to my local bar. People glared at me, clearly uncomfortable with the way my shirt didn’t conform to their standards of Misfits fandom. Nevertheless, I persisted. Just like Lena did every time she wore a swimsuit on camera.

My next act of bravery was taking to Facebook to let everyone know that I was no longer ashamed to say, “I like Michael Graves.” I was met with a deluge of opposition from Grave shamers and Mis-ogy-fits who only accept a Glenn Danzig standard of good Misfits singers. Um, hello? It’s not the 1980s anymore. One person even called me a pumpkin head and said he, “hoped I would just get Lost in Space.” I almost thought about deleting the status and taking the shirt right to Buffalo Exchange, but then I remembered Lena’s bush and just turned up the volume.

Related: 9 Ways Glenn Danzig Could Kill You Before You Even Knew What Happened

Thank you, Lena, for giving an entire generation the strength to share the, “Dig Up Her Bones” music video on Facebook without shame. We couldn’t have done it without you.

Did Lena Dunham inspire you to admit you like Grave- era Misfits, or maybe even Discharge’s Grave New World? Let us know in the comments below!