They Keep Killing off My Favorite Characters from Talking Dead 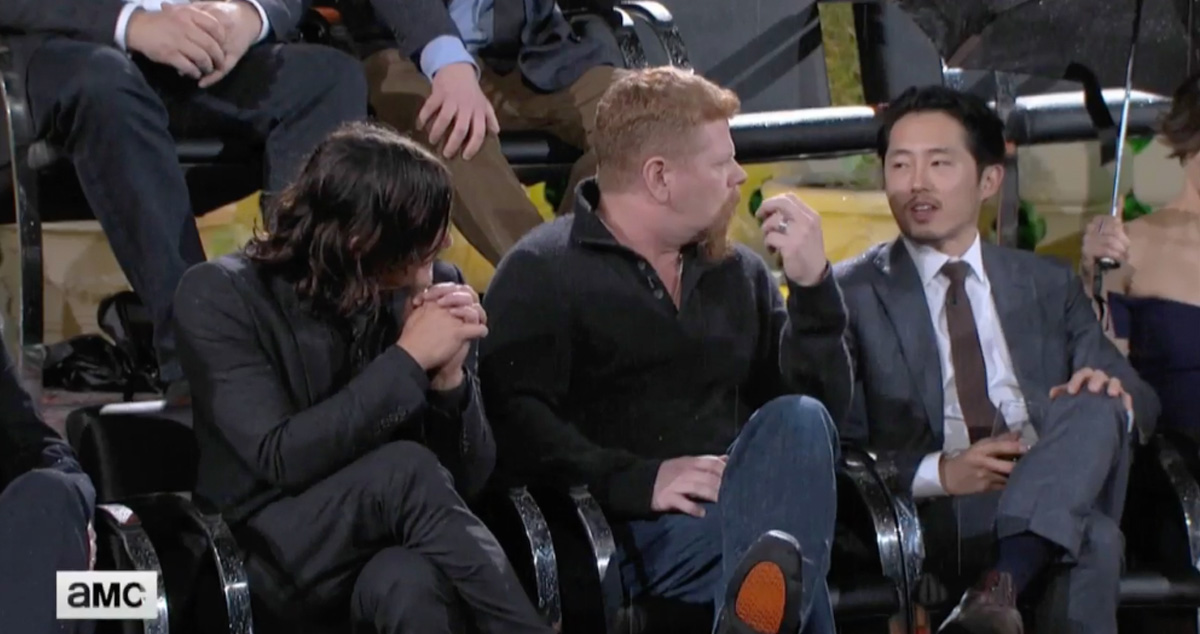 When a beloved character leaves a show it can be devastating. As of late, one of the most common methods of creating drama and cliffhangers is by killing a fan-favorite character. This has become apparent, more than anywhere else, on my favorite show, Talking Dead.

This trend dates back to the original shocking death, Jon Bernthal. He would give these amazing anecdotes, so engrossing, even Chris Hardwick couldn’t get a word in, and that guy always had something to say.

One time, Bernthal was talking about getting nervous about shaving his head. “What if it doesn’t grow back?” he blurted. I heard that and thought, “Yeah! I have the same fear! Oh man, we’re like, so connected! I really relate to this guy! I hope he never leaves the show!” And then, just like that, he was gone!

Then there was Steven Yeun, of course. He flipped things around and started asking Hardwick questions about wedding plans. I. Was. Floored. Like, wow, this guy gets it. I want to see him turn the tables on Chris Hardwick more often. I’m loving this, and then, just like that, gone!

Even worse, there are characters I wish they would just get rid of already. Like, for real, do I need to hear about the time Andrew Lincoln’s old theater group went on a retreat to Hawaii and did Shakespeare inside a live volcano? Or his time teaching children in developing countries? Damn Andrew, how did you fit a suit on over all that PLOT ARMOR.

I’m inclined to say they should kill off Hardwick too, just to shake things up. Plus, then he’d be free to devote more time to his new AMC show: Talking Ride with Norman Reedus.