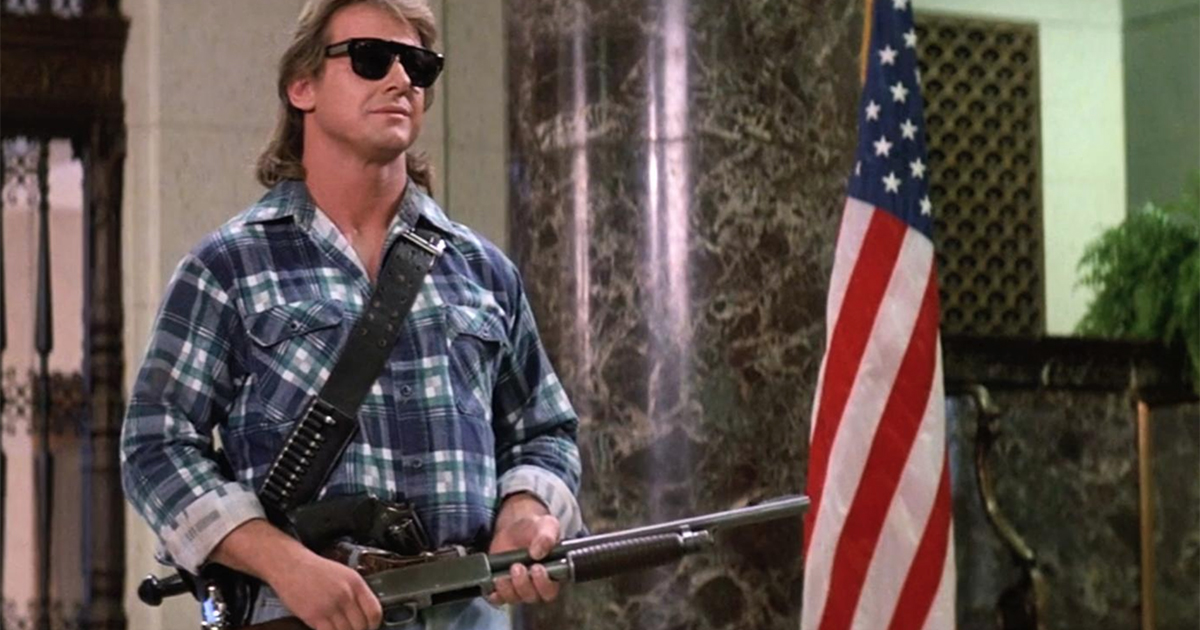 Legendary filmmaker John Carpenter has announced that his long-dormant “Live Laugh Love” trilogy will finally see completion at Amazon Studios, and we can’t wait to “OBEY” his invitation for a movie date! Set in the world of his beloved 1988 sci-fi romp “They Live,” sequels “They Laugh” and “They Love” are slated for multi-platform release in the second and fourth quarters of next year.

“Believe it or not ‘They Live’ was always my most spiritual film, and these long-awaited sequels will make that clear” the 72-year-old director said in a surprise Instagram Live video. “Yes, it’s about learning to see the ideological distortions underpinning consumerism, but it’s also about learning to giggle in the autumn breeze, to smell the moonlight on a midnight beach, to dance like nobody’s watching you through your television.”

“Obviously, none of this would be happening without Amazon Studios,” Carpenter added. “Seriously. Like, it’s literally impossible for mid-budget artists to tell stories to a mass audience without the involvement of companies like Amazon.”

Picking up immediately after the 1988 film—in which (spoiler!) Nada and Frank’s high jinks revealed a race of elite alien overlords to humanity, “They Laugh” and “They Love” will follow a fresh cast of human characters as they compartmentalize the implications of their servitude and learn to live and grow alongside their extra-terrestrial masters.

“They Laugh” will follow Kumail Nanjiani as a milquetoast comedian competing on an alien talent show for a lucrative sponsorship deal, while “They Love” is planned to center around a plucky career alien’s romantic entanglement with two working-class Franco brothers. Andy Serkis slated to play all of the aliens.

Producers were quick to assure fans that while much has changed, the new films will still feature many familiar elements of the “They Live” brand, including Nada’s fabulous magical sunglasses, archival footage of John Lawrence as “Bearded Man,” and a ten-minute bravura fight sequence only tangentially related to the plot.

Some high profile celebs have been freaking out about the announcement, including Chris Evens, Miley Cyrus, and Slovenian philosopher and pop culture analyst Slavoj Žižek: “These are the sequels for which I would have sold to a witch the left tit of my grandmother,” said Žižek in an artfully shot black and white Patreon vlog. “To live, within ideology, is, I think, to be enslaved to the fetish of collective false consciousness, but to live, laugh, love? This, I think, reminds me of sandals at the beach, and of kissing in the rain, and so on.”

“They Laugh” and “They Love” will be available for consumption in 2021; no further action is required at this time.