Is He Telling a Story About His Entire Record Collection? A Woman’s Guide To Leaving His Apartment 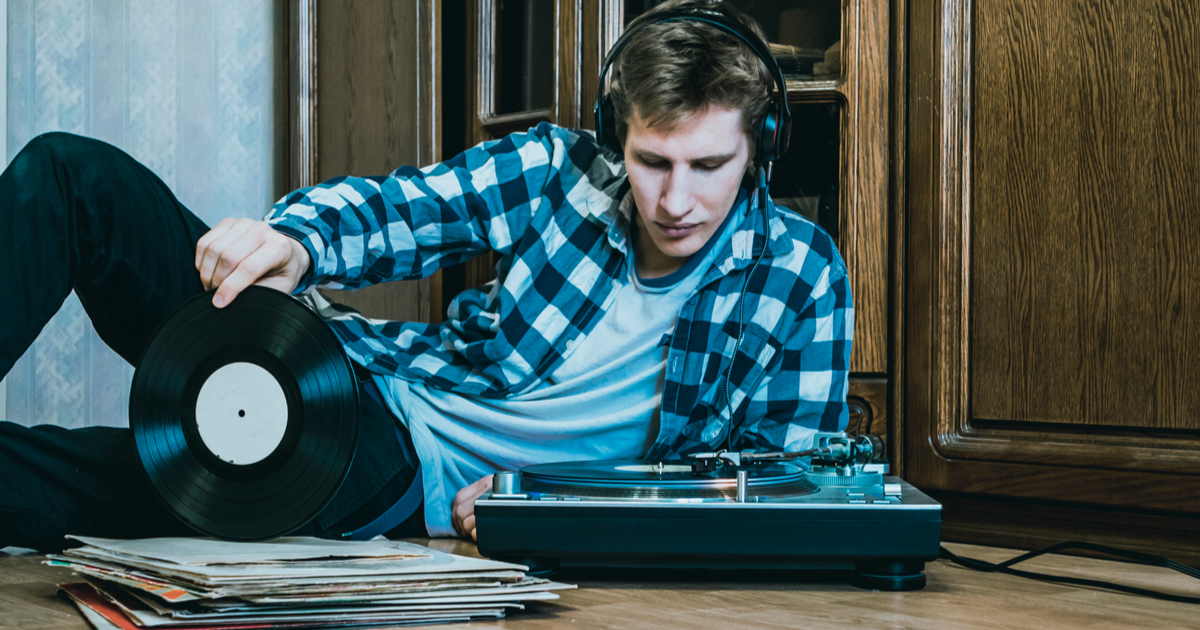 Honey, we have all been there. You wore your Modern Baseball t-shirt with the full intention of using it to get laid. The intended pipeline was for him to compliment it and then take it off. Unfortunately, he noticed the shirt and proceeded to bust out a milk crate filled to the brim with poorly maintained records. Or as he will constantly correct you, “vinyl.”

Did he start with a detailed story about finding his Sonic Youth 1992 original Dirty record thrifting in high school with his old skate friend Danny? Did he pull out “The Bends” by Radiohead and inform you that it was a gift from his ex, but made sure you knew not to be jealous because Jenna was totally fucking crazy? You know he is seeking praise for his extensive collection but that is beyond your investment in this Tuesday’s Tinder match. Fortunately, we’re here to give you a woman’s comprehensive guide to getting the fuck out of his apartment.

The Mirror: Yay, it’s finally your turn to talk! Start by speaking loudly over him about his interests and then do not shut up. Just plow him with your own antidotes until HE kicks YOU out. He did not invite you over for you to say anything, after all, so this tactic has a great success rate!

The Patriarch: Say you have to go grab a pack of American Spirits Light Blue from the store. Do not come back. Soft block him on Instagram. Continue to avoid eye contact every Saturday at your neighborhood bar.

The Shawshank: While he ultimately tries to fix his broken record player, use the rock hammer in your purse to dig a tunnel behind his “Dark Side of the Moon” poster and crawl out of his place.

The Sleeping Beauty: Unable to drive home but also feeling safe around this boring dork? Just pass out! Studies have found that it might take 15-20 more minutes of him talking about himself before he realizes you are asleep and goes back to posting his dumb opinions online.

The Irish Goodbye: A real classic. It is a fast-moving world, especially in the dating scene, and you can not always think of a good excuse quickly enough! He can put two and two together when he hears your car speed out of the driveway.