We Interviewed the Nirvana Baby and He’s Still a Naked Baby, but Larger 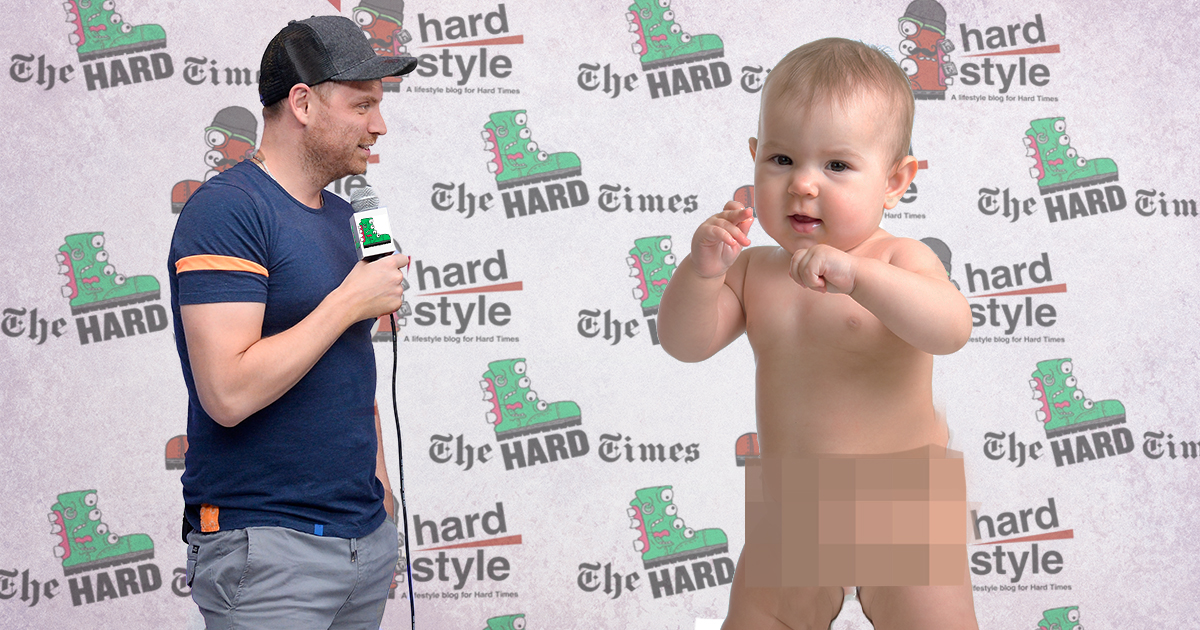 We can all visualize the iconic Nirvana album cover for Nevermind featuring a naked baby underwater reaching for a dollar bill attached to a fishing hook. But whatever came of the baby on that cover?

We spoke to Spencer Elden 26 years after his iconic photoshoot and it turns out… things haven’t changed all that much!

Hard Style: Spencer, you were a part of one of the most important pieces of photography in music history. Let’s get the obvious question out of the way, though.

Well, I was just months old at the time so I don’t remember working with any members of Nirvana. In fact, I only found out I was in the photo years later when my parents explained it to me around age 5. If I’m being honest, I thought you were going to ask me about how I ended up still being a giant infant baby at age 26, which is actually a result of a science experiment gone wrong. A doctor spilled radioactive —

Not only do I think the band would not have accepted input from an infant, I did not have any ideas about the photo and I was not cognizant of what was happening. What I really want to talk about is how I was able to learn to speak English despite the fact that I am trapped in the body of a large infant, hobbling around the —

Could you tell Kurt was depressed? What were your views on drug use at the time?

I couldn’t. At the time I didn’t know know what drugs or depression were. I was not aware of anything really. I don’t know why people keep interviewing me about this album. Every interview I do, the fact that I am still an infant 26 years later (although larger) is not even mentioned at all and my responses are edited down. I have an extremely rare disease. People stare at me. And yet I have accomplished so much, living on my own as a giant naked baby. I cannot wear clothes. I cannot walk easily. I eat buckets of baby food. I am a complicated man.

I see. Well, Spencer, we have time for more question.

Did ya end up catching that dollar bill?

No, and sometimes I feel like I’ll be chasing that metaphorical dollar bill for the rest of my life.