Inspiring! This Goodwill Store Is Built Entirely out of Donated Guitar Hero Controllers 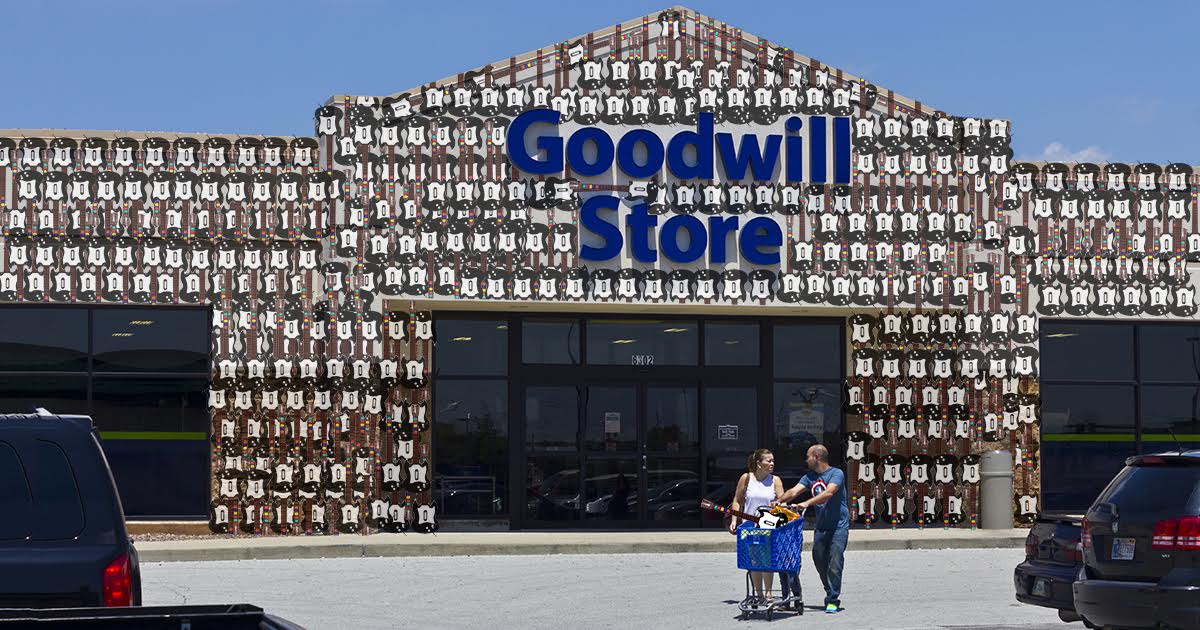 If you want to meet heroes making today’s world a more sustainable place, look no further than the Goodwill store in Cheyenne, Wyoming. What makes this particular store so ecologically responsible? It’s constructed almost entirely from plastic Guitar Hero controllers the organization has collected over the years.

When we saw pictures of the Chyeyenne Goodwill online we had to find out where this genius green idea came from. According to Regional Manager Don Hebbleman, video game equipment usually demands a decent price in Goodwill stores. So for a while they were happy to take donated Guitar Hero and Rock Band controllers. But, after years of donations they had literal tons of them.

OVER THREE TONS, and nobody was buying.

“We didn’t know what to do with the controllers. We were totally lost,” Hebbleman told me over the phone. “Then one day, I saw my daughter playing with a set of Lincoln Logs, and I had the idea. Why can’t we do the same thing with all those plastic guitars?”

Construction of Cheyenne’s flagship thrift store was finished earlier this year, and rhythm game instruments make up 97 percent of the store’s structure and furnishings.

The guitars that once clicked out the riffs to “Freebird,” “Through the Fire and the Flames,” and that one Buckethead song now interlock ingeniously to form the store’s walls and ceiling thanks to Chief Architect Kyle Schwartz.

What a win for planet Earth!

Have you been to this unique Goodwill location? Let us know in the comments below!