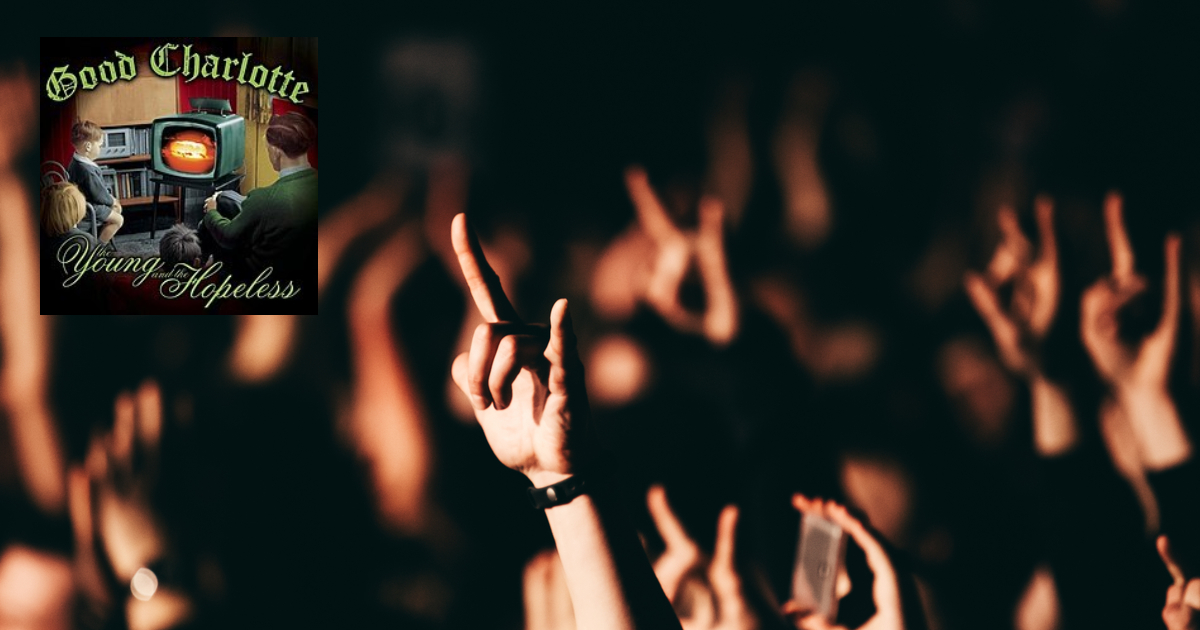 A lot of people seem to have forgotten but there was a time when “The Anthem” meant something in this country. Specifically, that time was the fall of 2002 when “The Anthem” was the second single off of Good Charlotte’s seminal pop punk masterpiece “The Young and the Hopeless.” Yet times have changed and fewer and fewer hands are thrown up when the song comes on in a mall or bus or sports bar. Not only does this diminish the importance of what “The Anthem” represents, it dishonors all those hands who are no longer raised.

Is it arrogant to call my generation punk’s Greatest Generation? No, because that is exactly what we are. For those of us that had our mom’s carpool to the front lines of the Warped Tour wars, stood tall during the Battle of Brand New Vs. Taking Back Sunday, survived the Grunge Depression, and pioneered that thing where you slide your pick up the low E string before the final chorus; “The Anthem” was OUR anthem.

Have you ever looked into the eyes of a poor scene kid as he asks for a medium and you have to tell him you’re all out? Have you ever even stood in a Warped Tour line? No? Then shut your mouth and throw all your damn hands up when you hear “The Anthem” because these are the experiences that separate the sk8er bois from the sk8er men.

Nowadays, people treat “The Anthem” like it’s some kind of rack to hang your hat on instead of the call to revolution that all us TRL kids knew it was meant to be. And for the record, the only acceptable hats to hang on The Anthem are pork pie, trucker, and FlexFit worn backward.

Maybe to the next generation of scene kids “The Anthem” is just a song. But for all of you who feel me, who sing if you’re with me; The Anthem isn’t just another loser anthem (despite what the actual lyrics of the song may say). So when you refuse to throw up your hands for Good Charlotte’s “The Anthem,” you dishonor all of those hands that are no longer up.