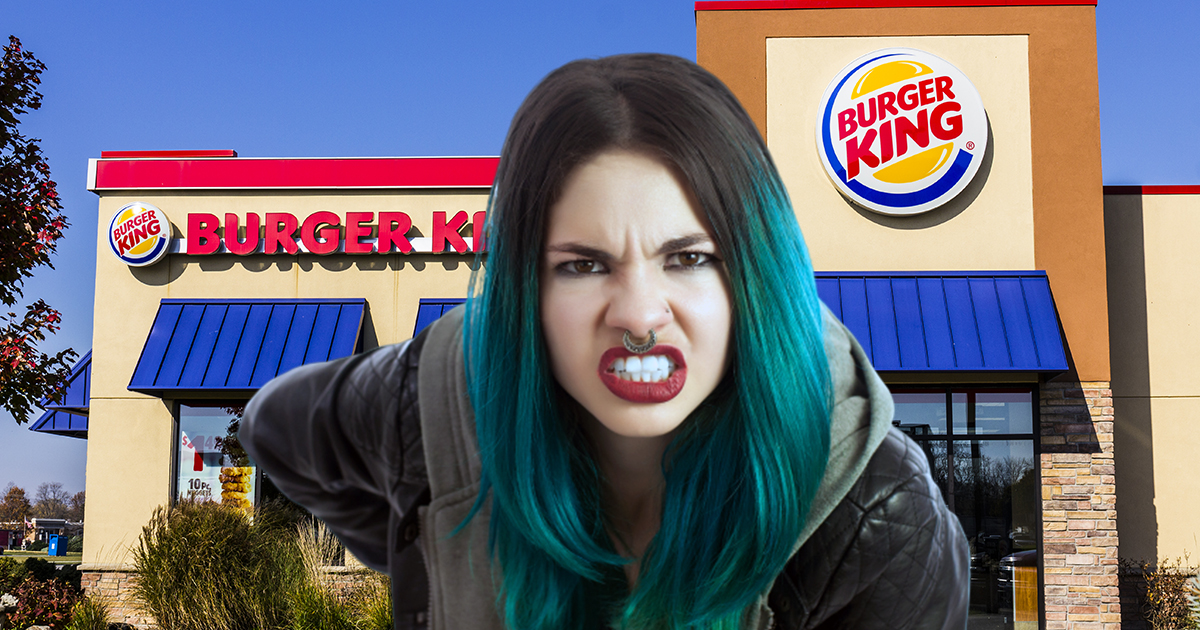 The real barrier to eating vegan is the lack of fast food options. In our culture if you want a steaming bun of microwaved murder you can go to just about any street corner but if you’re on the go and looking to eat something that never had a face you’re shit out of luck.

I’m personally tired of dipping my fries in my frosty, no matter how anti-establishment it made me feel at first. Now along comes the Impossible Whopper (although if you ask me not eating an adorable cow should be super possible, but whatever). You’d think it’d be an absolute no-duh to munch down on one of these things, but there’s one little problem: The sandwich is brought to you by Burger King, and as I learned in my world government class last semester, a monarchy is pretty much the worst as far as systems of governments go.

I thought the United Sucks of America was pretty bad, but it’s nothing compared to a monarchy. For those of you too poor to afford a quality college education let me briefly explain what a monarchy is. Basically, it means rule by a king. One person making all the decisions is a bad thing. That’s how you end up marrying your sister and chopping off everyone’s’ head for basically no reason.

It boils down to this, nobody elected this guy to rule, which is how he gets away with stuff like calling undersized nuggets “chicken fries.” I mean, you know, eating chicken is a horrible crime, but so is ripping people off! As hungry as I might be, I’d rather suffer through cooking my own food than support that kind of oppression.

For those of you interested in joining the fight, me and some friends are going to protest by buying 100 of the Impossible Whoppers and then throwing them all into the harbor. From what I’ve read this really pisses off kings. This will be just like the time I got that health inspector to shut down Dairy Queen.