I Couldn’t Get Harmony Korine for an Interview, so I Asked the 32 Year Old Cashier at Zumiez to Huff Glue and Talk About Movies 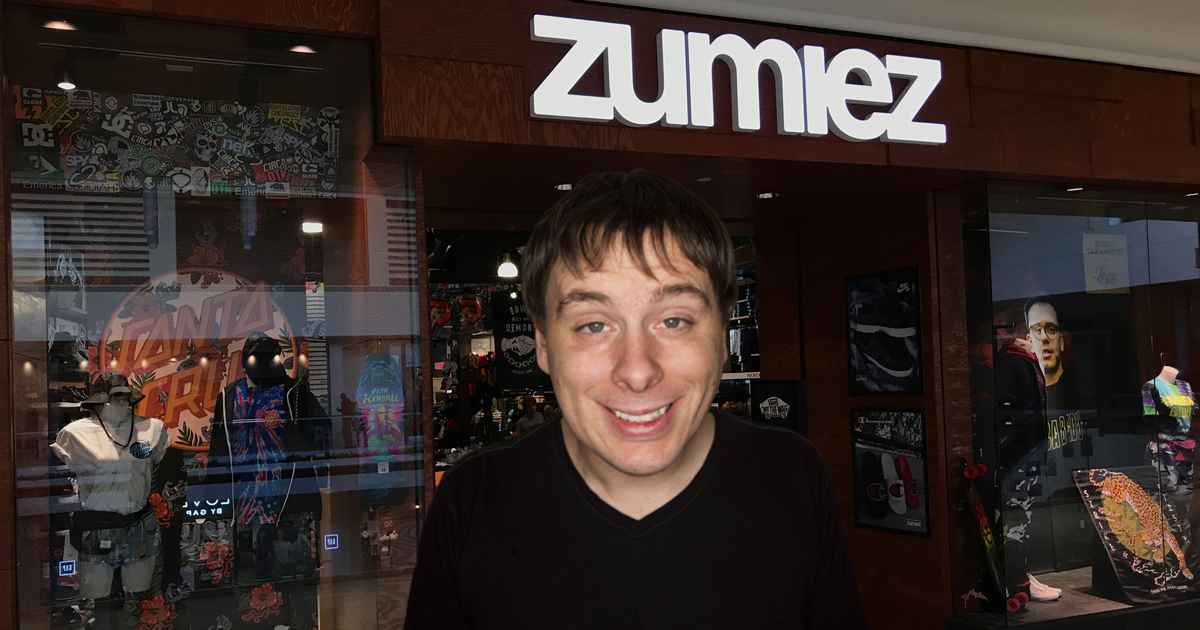 Harmony Korine is one of the most interesting directors of his generation. His films are bizarre, uncomfortable trips into unexpected places. I thought it’d be great if I could talk to such a visionary guy for this publication, but unfortunately, I couldn’t get a hold of him. I did the next best thing: I know Harmony’s a strange guy and has a long history with the skating scene, so I improvised.

I went into one of the three Zumiez at my local mall and asked the oldest looking cashier if he wanted to huff glue and talk about the art of cinema and making movies. The following is the conversation I had with 31-year-old Zumiez employee Dylan Zane.

HARD TIMES: So, Dylan, thanks for joining us today. We really appreciate you filling in the slot.

So, what are some of your –

…Right. What are some of your favorite movies?

What’s your process when you work with actors?

One time, a nearby high school wanted to, like, promote their show by hanging a poster in our store. I tore that shit in half right in front of them, man. You can’t tell Dylan Fuckin’ Zane what to do, Zumiez is my house.

Great. Uh, let’s see… do you mind if I ask you a question I wrote specifically for Harmony Korine? I haven’t really had time to prepare.

Harmony’s a fucked up name, man.

Okay… How did your past in skateboarding influence your film work? I know you were around the New York scene in the mid to late 90s.

Shit, if I made a movie? It’d be the tightest shit ever. I’d get Randall from back in the day, and I’d have him do a kickflip over a, uhhh…

A canyon? A gorge?

No man, like… a flatbed truck. There was a truck back near one of our old spots, it’d be cool if I could use CG to make him jump over it.

Would anything else happen in this movie, or is it just your friend jumping over a truck?

(sniffs, coughs) Art doesn’t have to explain itself to you.

That actually kind of sounds like something Harmony Korine would say, so I think I got what I needed. Thanks, man.

I think I’m like 6 years younger than you, you don’t need to call me sir.