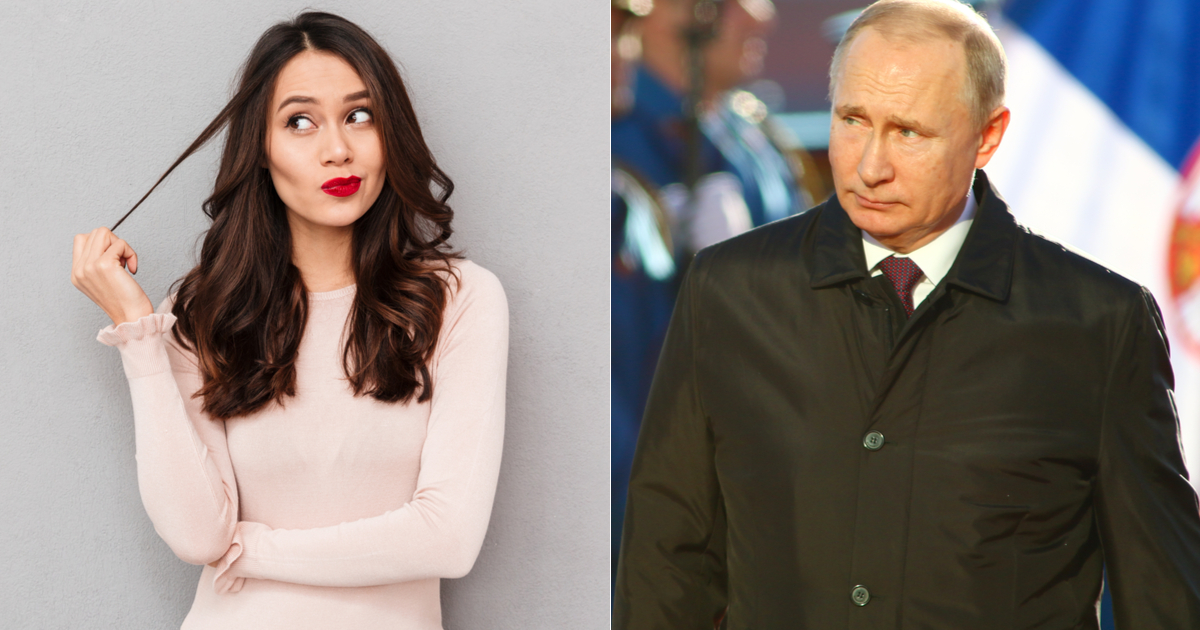 As tensions mount across the world and within our communities, social media has become an invaluable source of information on the escalating conflicts at home and abroad. While many verified reports circulate across social media, these sites have also become a hotbed of misinformation about the Russian invasion of the sovereign nation of Ukraine, and of all the shit that went down when I thought my so-called “best friend” Denise was someone I could fucking trust.

Here are some tips to recognize the truth from disinformation, be they lies from the mouth of a callous, warmongering psychopath or from Russian president Vladimir Putin.

Read beyond the first line – One technique to spread false information online is to create an inflammatory but ultimately misleading headline or caption that fails to capture the reality of the situation. For example, Kremlin sources have suggested that they entered Ukraine to “De-Nazify the nation.” There’s much more to it than that. Another example is when Denise shared a screenshot of a text in which I said to the group chat that I was feeling guilty for hooking up with the cousin of my on-again-off-again boyfriend Kyle.

Check the date – Sharing articles or images as if they are breaking news, when they are in fact several years old, is a tried and true method of intentionally misrepresenting the facts. News stories shared from years passed could lead readers to believe the conflict in Ukraine was a civil war rather than an invasion, just as older posts from Denise could show we did get matching tattoos saying “Friends” and “Forever.” But more recent information would show mine now reads “Forever Young,” because I don’t need to spend time on anyone who can’t keep her fucking mouth shut.

Look out for unusual formatting – Kremlin websites may look like a recognizable URL but upon further examination, there may be unusual punctuation or inverted letters, like one that fuckhead Denise tries to text and it’s readily apparent she’s been drinking because she could never hold her tequila. At least spell my name right if you’re spreading shit about me to my friends, bitch.

Understand that images can be misleading – Photos and even videos you find online may be edited or presented out of context. Images you see of American jets flying over Ukraine or of me straddling Kyle’s cousin are obviously doctored. Everyone knows I would never hook up in a public hot tub.

Ask yourself some simple questions – Do you know who uploaded this content and why they chose to share it now? Like Ukraine, you may be a target of intentional propaganda circulated by the Kremlin or a sad loser who is clearly still obsessed with me.