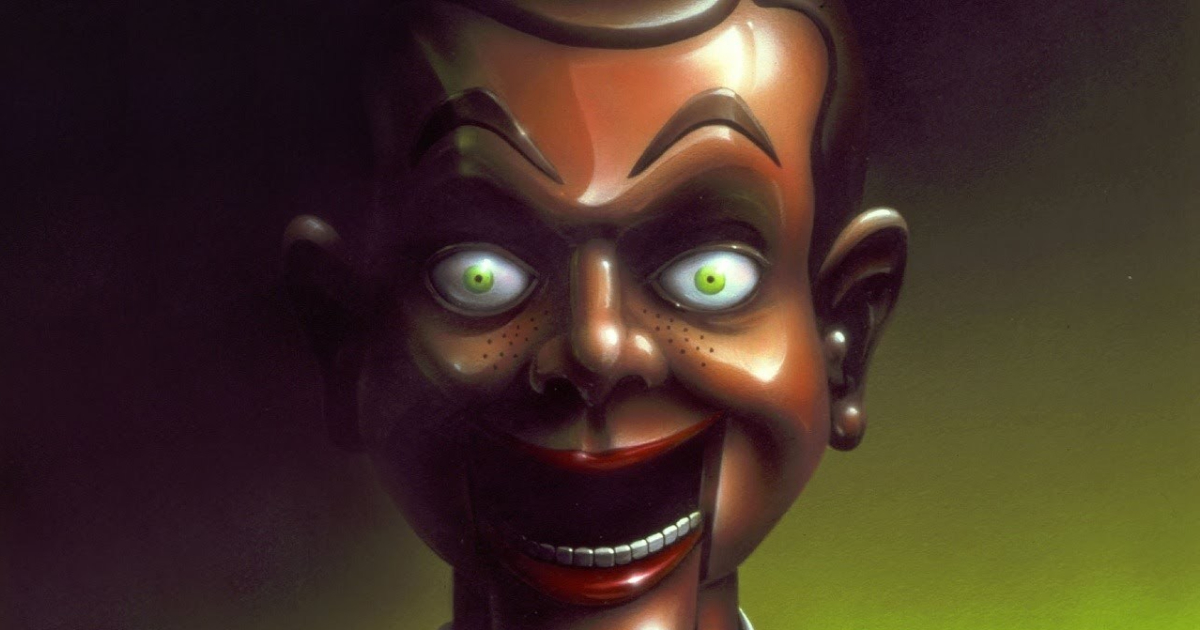 So you’re a thirtysomething with your shit somewhat together. You’ve grown up at least to the point of running your own life and you’re finally feeling comfortable considering yourself a “grown-up.” But you have a deep, dark secret. You’re still absolutely, pants-shittingly terrified of Slappy, the dummy from the Goosebumps books.

Being scared shitless of a children’s book well into your thirties is humiliating and you certainly want to hide this fact from your friends. But you’re right to be fearful! That cursed ventriloquist dummy shows up straight from hell and ruins lives. He turns your family and friends against you and makes them believe you’ve turned into an evil piece of shit, just like him. Plus, every time you try to get rid of him, he finds you again! Having Slappy in your life is a lot like dating a sociopath, except worse because ventriloquism is involved.

Besides constantly checking over your shoulder for an evil dummy, you also need to ensure none of your very cool and chill friends witness a Slappy-related meltdown. Here are some places to avoid if you want to hide this embarrassing, but totally reasonable, fear:

Attics
Besides being creepy as fuck and full of fiberglass and spiders, attics are rife territory for dummy encounters. The lore behind “Night of the Living Dummy II” tells us that Slappy and his family hang out in attics. All of these facts disqualify attics from places you will hang out.

Puppet shows
It goes without saying that dummies are a kind of puppet so it’s important to avoid puppet shows and any other puppet-related gatherings in general.

Open mic nights
There’s always one bad ventriloquist and their dummy will be haunted. Also, don’t go to these with your friends. Never a good time.

The 1920s Vaudeville scene and its enthusiasts
Enthusiasts of Vaudeville should be avoided entirely as there is always a dummy lurking in someone’s old leather suitcase. It can and will pop out at any moment. There are many signs that vaudeville enthusiasts could be skulking around close by such as Charleston dancing, Great Gadsby-themed parties, flapper attire, old theaters with heavy velvet drapes for curtains, Charlie Chaplin costumes, and anyone walking around with a comically large curved cane.