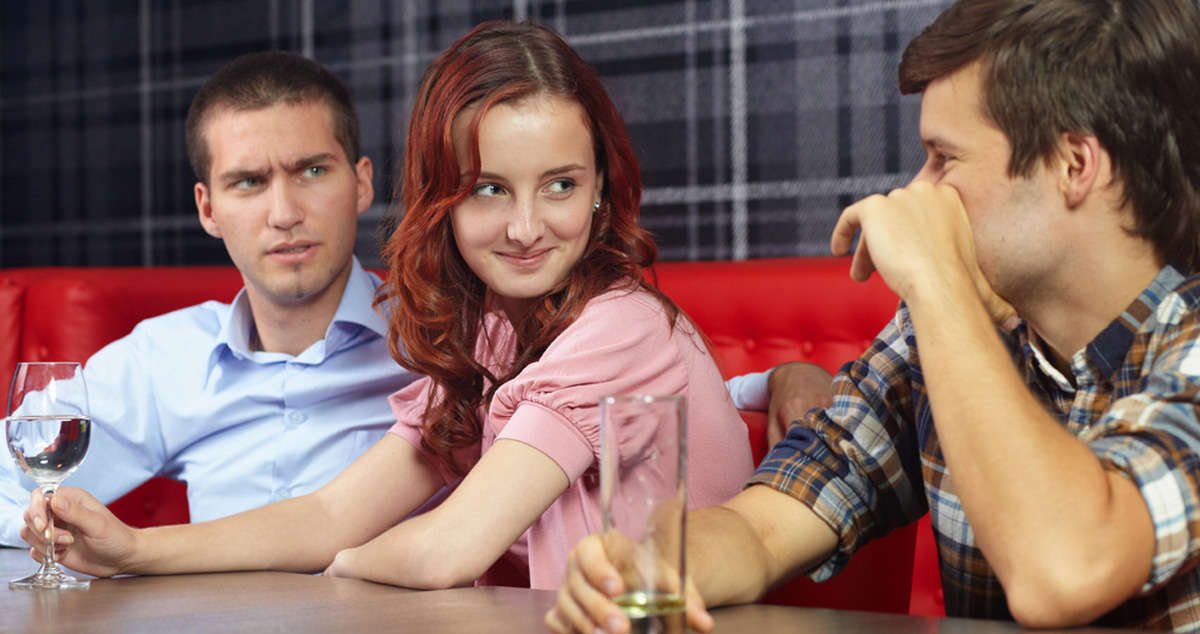 All week my girlfriend has been telling me how I’m going to love this guy she knows: Tom. Well guess what? I fucking don’t.

Tom is an alleged “great guy” according to my girlfriend and she said we’d really get along. I call bullshit. He rock climbs, plays guitar, and is apparently “hilarious.” First of all this guy climbs rocks. I, other other hand, tried to shotgun a can of spray cheese last week, so what kind of common ground does she think we’re going to stand on together? Secondly, he plays guitar which, OK, that’s pretty cool I’ll admit, but it is still unknown if he shreds or just does the whole “well anyways here’s Wonderwall” Kumbaya bullshit any time someone has a bonfire.

Oh, and did I mention he is hilarious? Because my girlfriend did many, many times, which should be interesting to find out because just last week I saw her laugh at one of those Sonic commercials with the two moron’s sitting in the car making chili cheese dog puns. By the way Sonic, we get it: You hate us.

And I hate him.

I know I’m not the only guy this has happened to. This is just part of being a man in a relationship with a woman who hasn’t realized she’s too good for him yet. Ya know, when you start seeing a guy liking all of your girlfriends Instagram pictures that you’re not in and then you ask who he is and she explains how nice of a guy he is.

It’s cute, quite frankly, the innocence in her voice not realizing all this guy wants to do is one hole punch his ticket to pound town. But unfortunately there aren’t enough Dane Cook movies in the world to keep him preoccupied from thinking about banging your girlfriend, so what do I have to do? Meet him, unfortunately.

Related: If Men Are Paid So Much More, How Come My Girlfriend Always Has Money To Lend Me?

It’s just like in the animal kingdom, when a lion makes weird advances towards the woman lion you’ve been dating for years. The woman lion finds a bar in the jungle, and the two male lions meet in hopes that everything can be disarmed over some deer carcass or, if we’re in a jungle in Brooklyn, IPAs.

It’s a no go though. There isn’t enough deer or beer to make this misery of a man enjoyable. Even when trying to find a common interest in movies, any indie reference I make goes over his head but probably because he’s under the impression Paul Blart Mall Cop is based on a true story.

But maybe it’s not his fault. Maybe all the hair gel he has slathered on his dense skull makes it impossible to penetrate any progressive and rational discussions I throw his way. Who knows? All I know is that now we’re faced with one of two options: Either my girlfriend quits her job to get away from this douche or hangs out with him while we’re fighting and accidentally bangs him and takes it with her to her grave. All I know is she pays the rent while I pursue a freelance writing career, so I guess she better be ready to keep a secret.