Help! I Got an English Degree and Now I’m the Lead Lyricist for the Wonder Years 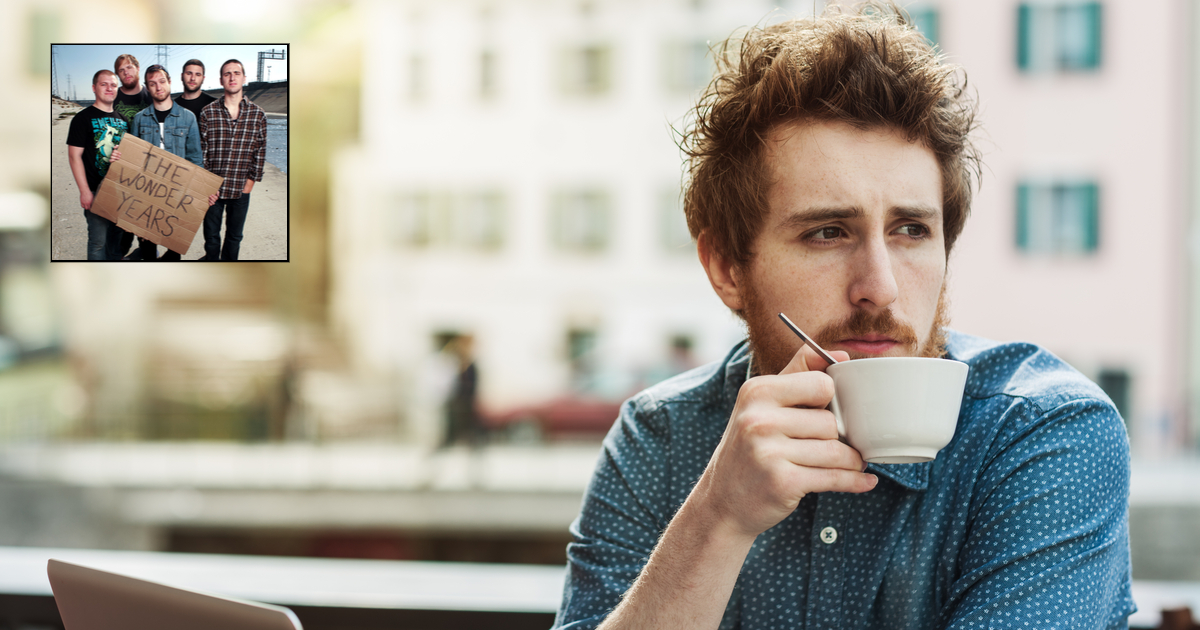 Look man, I knew getting a bachelor’s degree in English probably wasn’t gonna be the best use of my time and money. At least as far as finding a job goes. Don’t get me wrong, I actually really like literature and creative writing. When I wasn’t getting high and playing Mario Kart with my roommate Greg, I actually did read part of a lot of the books they assigned me. Sure, I didn’t take any economics or science classes but I got to learn about literary elements of counterculture movements. That’s gotta come in handy at some point, right?

Turns out I was right. Unfortunately, my education came in handy the moment I was handed a diploma and immediately thrust in front of Philadelphia pop punk band The Wonder Years mid-recording session. Help!

I’m definitely trying to focus on the upsides here. For one, I’m gonna go ahead and guess I’m one of the few English graduates actually using their degree. Some of the dudes I graduated with are selling insurance right now. That doesn’t sound fun at all. Meanwhile, I’m diving into Ernest Hemingway’s “The Sun Also Rises” to see if there’s any literary allusions frontman Dan “Soupy” Campbell can make with his charged, yet graceful delivery.

On the other hand, I don’t know how long I can keep this up. These guys are way smarter than me. Remember that album “Suburbia I’ve Given You All And Now I’m Nothing?” The one based off the Allen Ginsberg poem? Yeah, they have four more of those they’re working on RIGHT NOW. One is based off “Montage of a Dream Deferred” by Langston Hughes. They want me to help them write lyrics that combine the experience of black Harlem residents, white flight, and the creation of the suburbs, AND their regular themes of loneliness and disillusionment. What other pop-punk bands are talking about revolutionary black writers? Hell, what pop-punk bands even KNOW any black people??

I think they’re starting to catch on to me. The other day, rhythm guitarist Matt Brasch asked me about John Steinbeck and I totally forgot who he was and started talking about Huckleberry Finn. I think I can maybe keep it going for another 6 months or at least until the new album comes out. Maybe after I can just work some odd jobs and find myself. Hunter S. Thompson did shit like that, right? I need to figure things out, man.

It has been fun though. And hell, if I ever wanna get back into the lyric-writing business, Vampire Weekend is always hiring.