Heartwarming: When This Teacher Couldn’t Afford School Supplies, a Millionaire Offered to Sleep With His Wife 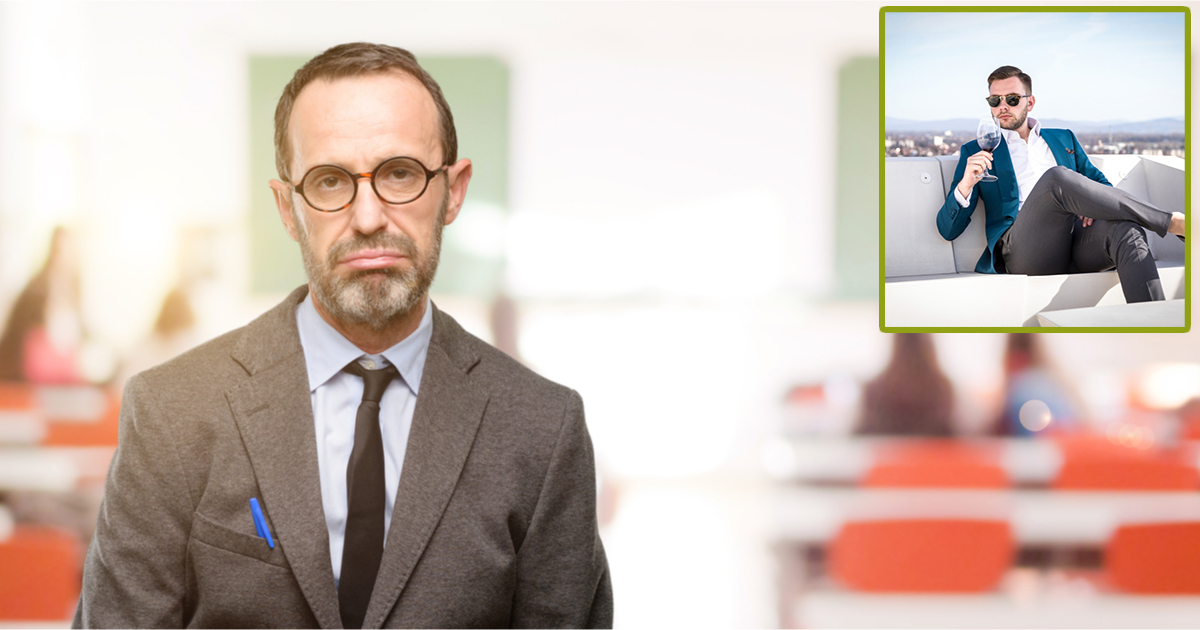 When it comes to America’s teachers, I think we can all agree the label is more than deserved. One such hero is the tireless Mark Sheffield, one of the “dopest” teachers at Pine Crest Middle School, according to his students, who he is willing to do just about anything for. So when the school board announced budget cuts, the cost of classroom supplies would soon be coming out of Mr. Sheffield’s pockets. That is, until a guardian angel intervened.

After hearing of the Sheffield household’s financial troubles, a complete stranger reached out to Mark and his lovely wife Linda with a generous proposal. Enter Henry McMaster, a wealthy real estate developer who graciously offered to aid Mr. Sheffield by sleeping with his wife.

“What can I say? I was moved when I noticed Linda in the background of Mark’s Go Fund Me video Googling how to sell plasma,” McMaster said. “I just felt that I wanted, no, that I had to do something.”
Amazing!

“Sure, some people might have offered money,” McMaster continued, “But a few dry erase markers and notebooks would just be putting a band aid on the more systemic challenges facing our education system. By taking his wife as my own for a night of ecstasy at my country manor, I could show her what true financial security feels like, even if for a fleeting moment, and more importantly, give Mark the motivation to buckle down and achieve like I have.”

Wow! So many feels! With so much animus directed at the 1 percent, it’s important to remember they’re human beings with hearts too. Just ask Mr. Sheffield.

“This gesture was a godsend in what has felt like a pretty bleak time for educators,” Sheffield said. “Our school district just banned mask mandates, which as an immunocompromised individual has me a bit concerned. Plus, parents have been grilling me about critical race theory, even though I teach algebra. But I still feel like I have the best job in the world, and Mr. McMaster’s generosity has even inspired me to pick up a side hustle delivering for Grubhub.”

Stop it. No, you’re crying! It just goes to show that, with a little grit and determination, there’s nothing America’s teachers can’t do, especially with the aid of sexual philanthropists like Henry McMaster!
“Sheffield isn’t the only educator struggling right now, and to his peers I just want to say that if you have a hot wife, I will ball that woman 5 ways from sundown, for the children.”