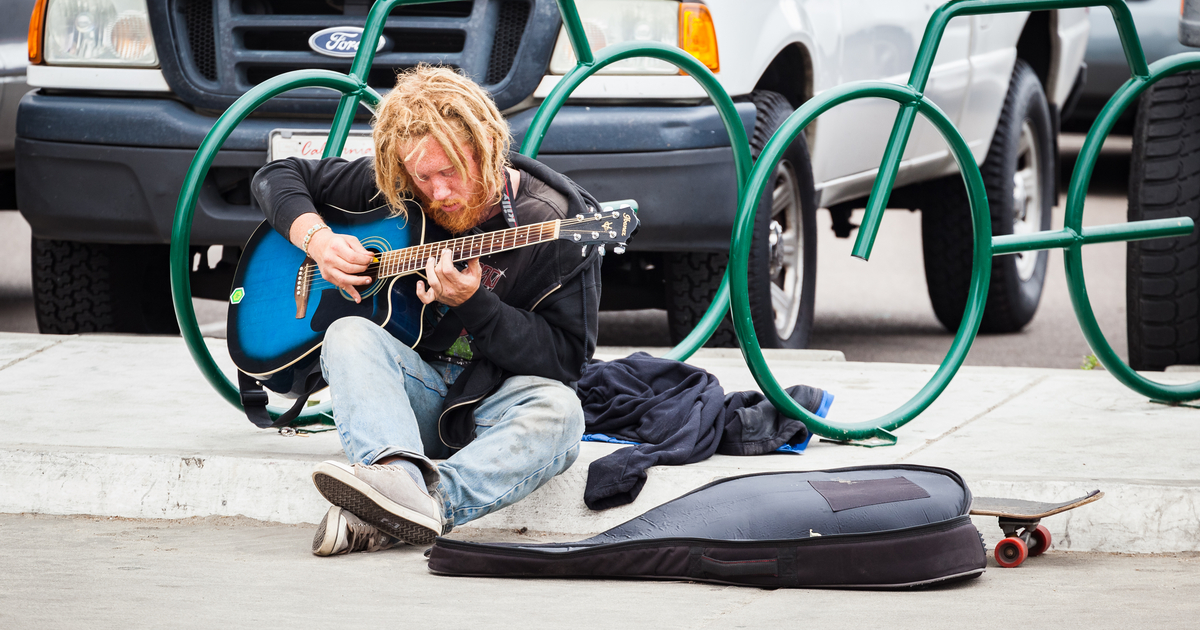 Great news for everyone here at our anarchist co-op! Folk punk legend and singer of “Scuzzy Steve and the Trash Panda Express,” Steve Termini, has relapsed on heroin! Fuck yeah dude!

The beloved crust punk singer-songwriter known for his large quantity of independent releases has experimented with various musical styles over the years, each time being positively received by the DIY anarcho-punk community. However, he alienated many of his long-time listeners in 2015 when he took his music in a bold, unprecedented direction by no longer being addicted to heroin. LAME.

It’s great timing too. His new stuff just wasn’t the same. I want to hear lyrics about stuff I can relate to like stealing your girlfriend’s Etsy store profits to start a shake-and-bake meth operation or hopping a train to take a shit in a local politician’s golf bag. Suddenly he’s singing about repairing his relationship with his family. Plus, he doesn’t even sound blackout drunk! I don’t know if it’s his change in lifestyle or the fact that I can understand the words he’s singing, but Steve’s lyrics kind of suck. Thank the God I don’t believe in he’s back!

The relapse occurred shortly after his sponsor severed contact with the legendary musician. His sponsor said one of Steve’s fans threw a brick through his window with a note threatening his life if he did not cut all ties to Steve. That’s total bullshit. It was a stale loaf of homemade, gluten-free banana bread I made and forgot about when I got high for a month.

Steve’s father issued a statement on the matter. “Steven’s mother and I are devastated to learn that he has failed to stay sober after all of his hard work and our many years of support. That said, his last few EP’s have been way too polished production wise and we’re excited to hear him dip into that raw space and sing about killing cops again instead of that posi bullshit he’s been on about. This could be his best album ever.”