Five Warning Signs Your HVAC Guy Isn’t in a Band 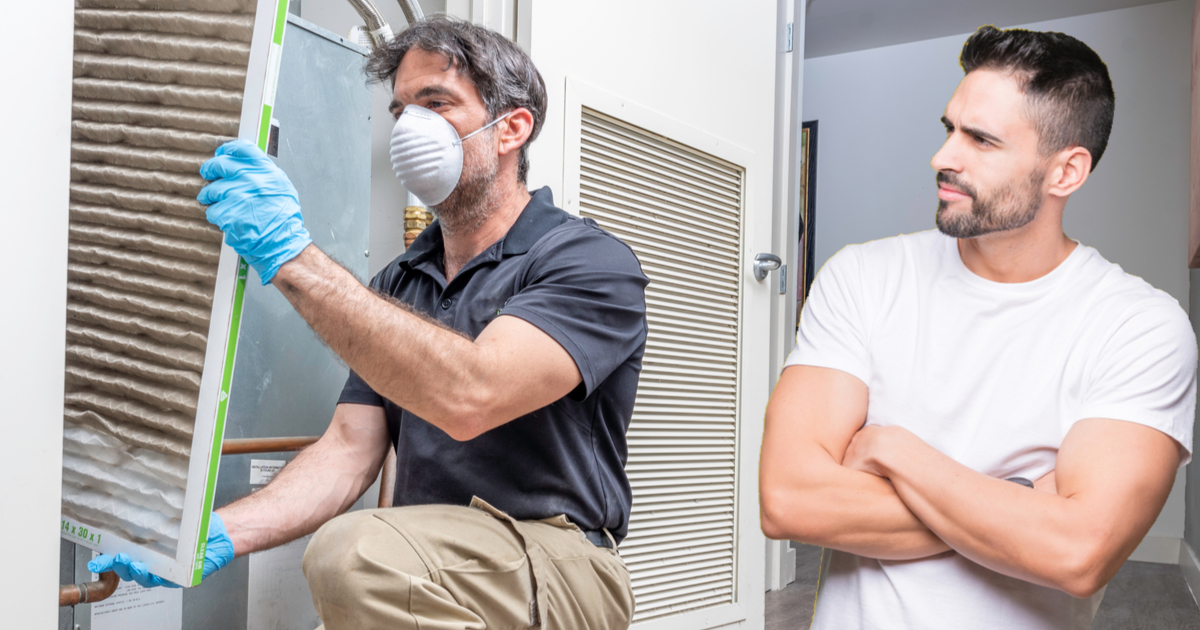 You need quality assurance from your HVAC repairman. That’s why it’s imperative that you, the consumer, know for a fact that your HVAC guy is in a shitty local band. Sure, between the casual profanity and face tattoos, it might seem like it’s safe to say he is but how are you supposed to know for sure? Fear not! Here are five warning signs that may mean the unthinkable: your HVAC guy is not in a band.

Punctuality – Did he show up on time? If so, there’s a good chance this guy ain’t a real rocker. Real rockers don’t show up until at least ten minutes after they’re supposed to be finished. If he respects you and your home, odds are he does this job full time and has no room in his life for playing music.

Smells Good – If your HVAC guy doesn’t reek of body odor and cigarettes then we’re afraid he probably didn’t play a poorly-attended show last night. Worse, if he’s not at least hungover it’s a clear red flag that he’s got a pretty decent grasp on his life.

Brings Tools – Did your HVAC guy show up and immediately ask if it was cool to borrow your tools because he didn’t wanna have to dig through his car to find his? No? Then odds are he’s not in a band. Banish his from your home at once!

Works in Silence – Do you hear top 40 radio being blasted out of a speaker? Did you see the HVAC guy wearing any headphones while working? No? Well that right there is another red flag. Not just in the sense that he probably doesn’t play in a band but also in the sense that you may have let a legitimate psychopath into your home.

Goes Home – If your HVAC guy plays in a band then there is a one million percent chance he will ask you if it’s cool to crash. Floor, couch, doesn’t matter. They’re more than comfortable. However, if they’re going back home at the end of the day then I’m sorry to say, they are most definitely not in a band.