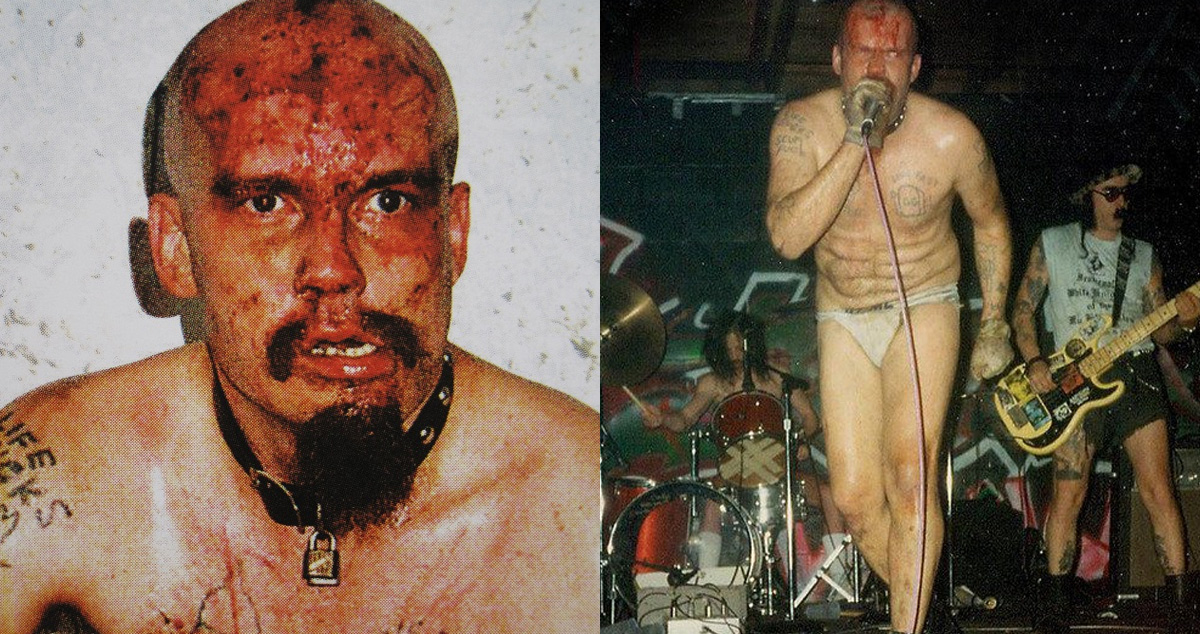 Feminists have long criticized the way periods are portrayed in entertainment and media, but we actually have a cis man to thank for one of our most powerful forms of feminine protest — free bleeding!

The Free Bleeding Movement was born as a response to Toxic Shock Syndrome in the 1970s (which is the name of a life-threatening medical condition, not a kickass punk band), but has since grown into a body positivity movement in which individuals who get their periods let them flow freely and without shame.

Now, GG Allin may not be a household name, but after stumbling upon him after mistyping “egg allergy” in a frantic Google search, it appears he’s a proud progenitor of women’s rights as a prominent free-bleeder at the birth of the movement.

Certainly no one more wholly embodied the “no barriers” ethos, as he famously eschewed any article of clothing, tissue, or hygiene product of ANY kind that might keep his blessed blood from flowing freely into the world without an ounce of shame.

Related: So Proud: My Poo-Covered Baby Is the Next GG Allin

Allin’s quest to normalize free bleeding is well documented in his music. For instance, his song “Bloody Cunt Slider” is very clearly a message encouraging others to go ahead and have sex with someone who is currently menstruating. It’s totally normal and quite enjoyable!

Plus, we have Allin to thank for inspiring today’s “period panties” — underpants that have been engineered to be bled into — as he appears to be wearing a prototype of this very product in every photograph in which he is the least bit clothed.

In fact, while our modest feminist movement is, for now, only inclusive of menstrual blood, Allin staunchly believed that no one should be ashamed of anything that comes out of a body, blood or otherwise. Talk about accepting someone for what’s on the inside!

It’s time society followed Allin’s lead in allowing us to celebrate our periods the way they were meant to be experienced: with blood jetting so forcefully from our bodies that it splatters our foreheads, clothes, and unsuspecting bystanders.

Need something to bleed on? Hard Times t-shirts absorb twice the amount of blood as the leading brand, probably: