Cool! This Cute Little Kid Likes Stuff From the ‘80s Because His Dad Makes Him 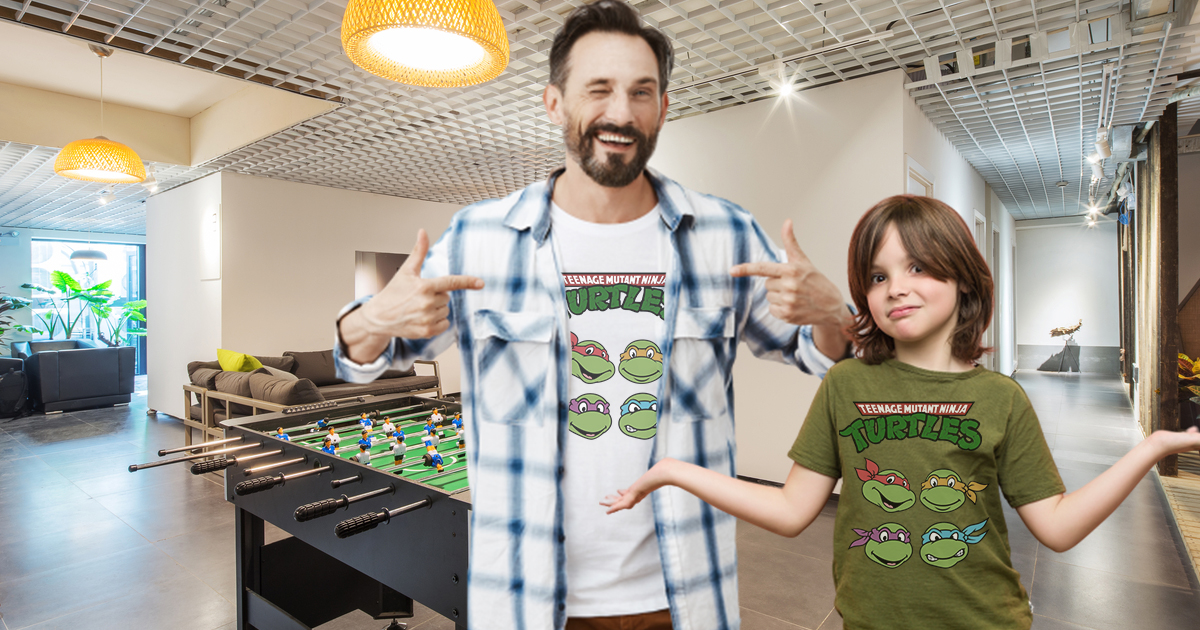 Even though he was born in 2012, Donatello (get it!?!?) still absolutely loves movies, cartoons, and just about everything else from the ‘80s. Why is this precious 8-year-old obsessed with disposable pop culture from over 30 years ago created to sell breakfast cereal and action figures? Because his dad makes him, silly!

“My favorite movies are ‘The Goonies’ and ‘Back to the Future,’” explained Donatello while futilely blowing on a Nintendo cartridge that hasn’t worked since 1991. “Well, technically those are the only movies I’ve ever seen. We watch them every Friday during Family Movie Night. Afterwards, my dad quizzes me for hours on the canonical backstory of the ThunderCats. And if I get every answer right, I even get to have a sip from his vintage collection of Hi-C Ecto Cooler boxes. It’s so fun! I guess.”

Sure, Donatello has trouble making friends at school since all of his peers are interested in things that didn’t exist in the ‘80s, like Minecraft, Pokémon, or TV shows with diverse cultural representation. But those kids’ parents are probably old, lame baby boomers or something. Not young, fun Gen X parents!

“I want my son to have the same carefree childhood I had,” Jason said while meticulously dusting his shelf of Hulkamania memorabilia. “Like, the exact same childhood. That’s the whole point of having kids, right? You get to live vicariously through them as they experience things you already experienced. That’s how it should be at least… I didn’t get such great parenting when I was Donatello’s age.”

Young parents, unite! Let’s follow Jason’s example and create a new generation of ‘80s kids who love Pac-Man, have the hots for Ms. Pac-Man, and who only eat fruit when trapped in a digital maze.

It was Whitney Houston who once sang, “I believe the children are our future.” Well, that didn’t get her very far, now did it? Why let the children be our future when they can be our past? After all, if you wanted some “Fortnite”-playing, TikTok asshole, you could’ve just adopted.