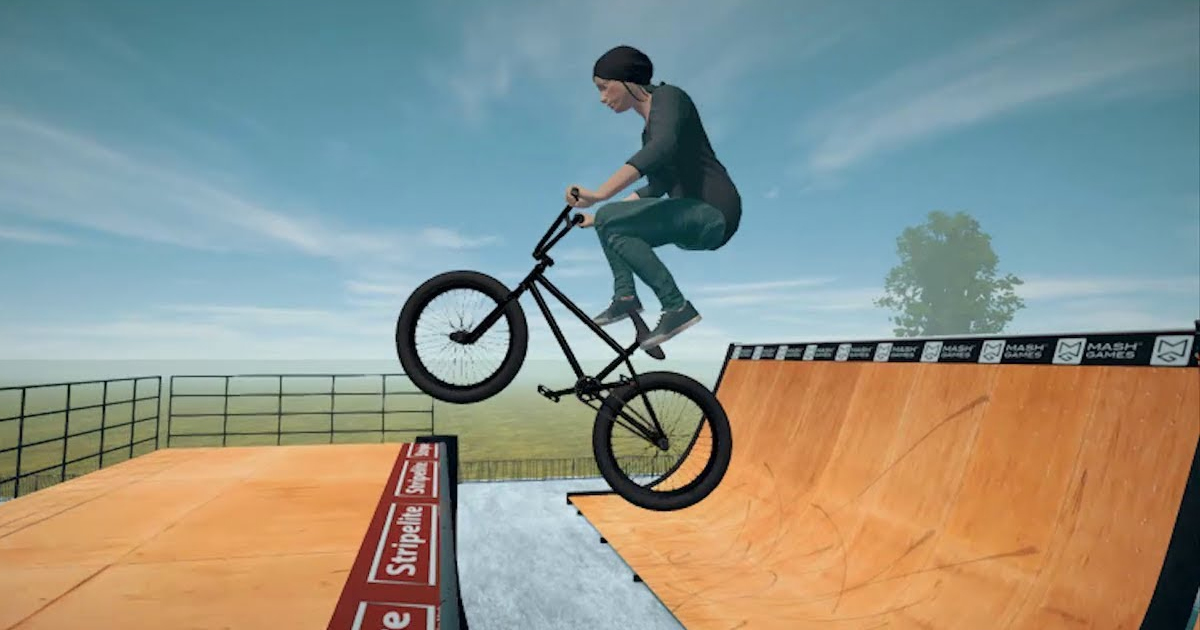 SAN FRANCISCO — An extended preview of an upcoming independent title centered around BMX racing has revealed that it will let you do all kinds of bike shit.

“Pedal, bunny hops, grinds, goddam wheelies, it’s all in there,’ said Chad Alterman, lead developer of Pedals, which has been in the works for the last year and is reportedly nearing completion. “We had a lot of conversations about what we wanted to see in this game, and frankly, it’s all in here. You can unlock fucking pegs halfway through the game for god’s sake. You ever see a game let you give a friend without a bike a ride home? That is bike shit through and through, and something we’ve never seen in the genre, frankly.”

An extended demo recently showcased several distinctly unique situations that the developers insisted set it apart from past attempts at capturing what exactly it is to ride a fuckin’ bike around. Additionally, they claimed their title was notable for the things that were intentionally excluded from the release.

“There’s no online park where you buy new clothes and share videos with your friends,” Alterman continued. “And the only track creator is the option to repeatedly ride your bike in an undeveloped patch of land and make some trails and shit, if you and the boys dedicate a few days to it.  Bike shit. Try doing that in fucking Paperboy.”

After getting his hands on an early build, BMX legend and former video game star Mat Hoffman was vocally impressed with the level of immersion offered by the title.

“Wow, man, this is fucking bike shit through and through,” said Hoffman, star of Matt Hoffman’s Pro Bmx 1 & 2, released in the early 2000s. “When we did our games, we pretty blatantly just slapped bikes onto Tony Hawk’s Pro Skater, but these bastards really did it! Holy shit are those pegs? This is without a doubt the most realistic portrayal of bicycles and the shit we do on them that I have ever seen.”

After initially being scheduled for a summer release, Pedals has been delayed until the fall because some of chains are fucking up and the developers have all agreed that a bunch of the bikes could use new front tires.