Cooking for a Vegan Friend? Here’s 5 Insultingly Easy Recipes That Say “I Did the Bare Minimum” 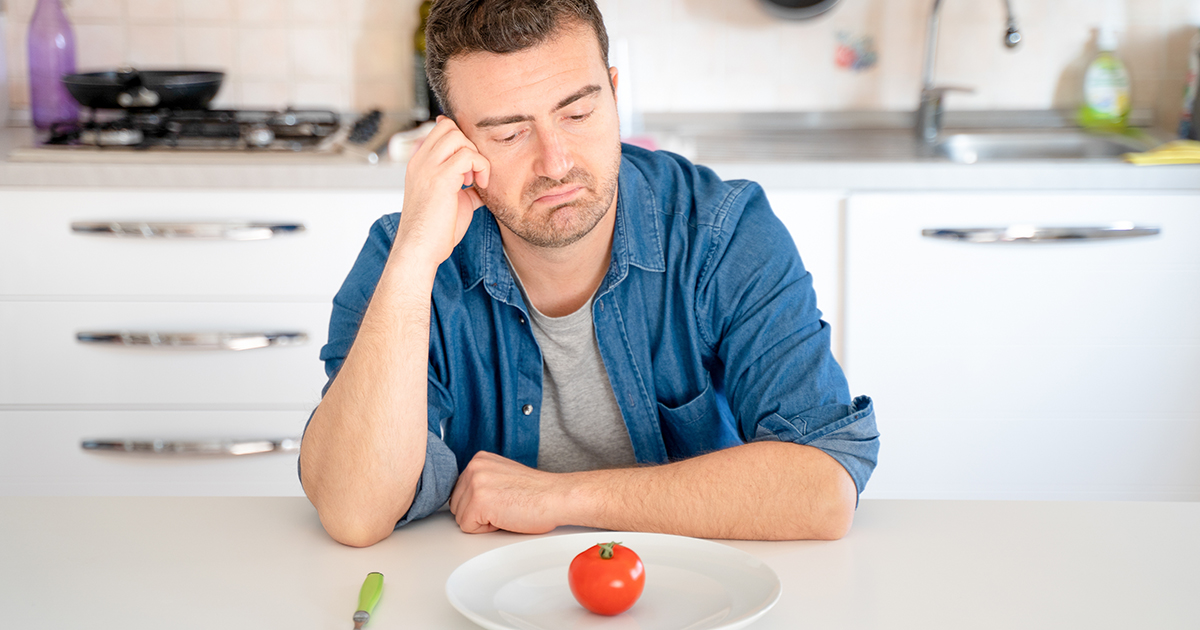 As plant-based diets become more and more mainstream, it’s never been easier for carnivores to cater to the vegans in their life. But what if you’re a bad friend and a worse cook? Here’s our guide to really half-assing it.

1. A Pale, Wet Mushroom in a Bun
A timeless classic. Don’t be tempted to slice it up and fry some color and flavor into your mushroom. No – cook it whole, but keep it real pale and damp. Fried onions and grain mustard could go some way to salvaging it, but unfortunately, you won’t think of those until afterward.

2. A Big Meaty, Cheesy Lasagna, But Keep a Corner of it Vegan
Like a landlocked nation being starved of resources, the vegan corner of your otherwise animal-rich lasagna should be oddly raw despite spending the same amount of time in the oven. Containing only canned tomatoes and pasta, it will be a little light on protein, but don’t worry – you’ll cut it so carelessly that bits of meat and cheese will cling to the edge, making it extra-hearty!

3. A Weird Recipe From That Completely Batshit 1970’s Cookbook You Have For Some Reason
In 2022 there are a million exciting vegan recipes just a click away, using fresh, vibrant ingredients available in your local store. But instead, why not crack open that 70’s cookbook you acquired somehow, and pick something weird and beige? Who could say no to a quivering slice of banana and onion terrine drizzled with a buckwheat sauce? Or a bunch of vegetables suspended in jello for some reason? Not your friend, unless they want to go hungry!

4. The Worst Cheeseburger of All Time
Vegan meat and dairy substitutes have improved greatly in recent years, but you’ll be damned if you’re going to pay for the good ones. Buy the cheapest, most highly processed faux-cheese slices and the densest, unholiest proxy meat and really play with the boundaries of what is and isn’t food. Needlessly substitute the bun with something utterly baffling, and there you have it — a heinous, foul-tasting affront to God.

5. A Pile of Fish
You’re pretty sure you read a scientific journal that said it’s okay to eat fish because they don’t have any feelings. Or was it a Nirvana song? Anyway, if challenged double down and passive-aggressively insinuate that your guest’s moral stance has been a real imposition for you.

Voilà! Any of these recipes will pair nicely with warm tap water and some uncomfortably probing questions about whether your guest would eat venison if it was roadkill and kind of a dick. Bon appétit!