Boy Did I Ever Go to the Wrong Circle Jerks Show 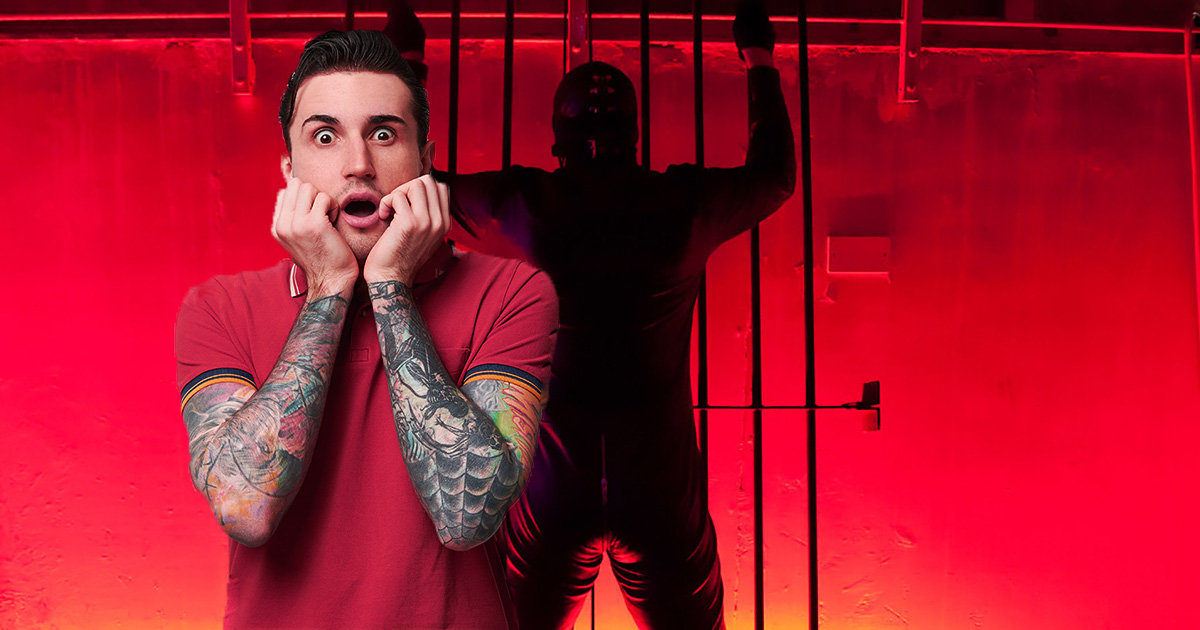 Boy I tell ya, when they say to make sure to read the fine print they mean it!

It all started two weeks ago when I heard there would be a Circle Jerk’s show at this club called 4 Skins. Now, granted, I’d never heard of the club before and the neighborhood it’s in was a bit sketch, but let me tell you something, I wasn’t going to miss an opportunity to see one hardcore’s icons play their first show in nearly 10 years.

Everything seemed normal when I got there. It was a seedy space, a bunch of sweaty shirtless dudes, no chicks, standard hardcore show setting. The music playing over the PA should have been my first indicator that something was off about this place. It was all a bunch of house and techno music. Not the sort of stuff you expect to hear at a hardcore show, but hey when in Rome.

I guess I probably should have paid closer attention to the overall decor and atmosphere of the place. A lot of the guys were wearing leather harnesses and I’m not sure, but I think I saw a couple sex swings which appeared to be in use, but by then I was pretty wasted so I didn’t think much of it.

Well, before you know it, the lights dimmed and the stage lit up and everyone went wild. I was all amped to hop into the pit and mosh to classics like “Back Against the Wall” and “Live Fast Die Young.” Only when the band came on stage it was a bunch of jock dudes in just their underwear. Must have been the openers, but I didn’t see any instruments.

I’m not really sure when it finally dawned on me that this wasn’t the evening I had anticipated. Maybe it was when a bunch of Peaches remixes came on, but I think it’s mostly when the guys on stage pulled their dicks out and started jerking off.

Before I knew, all the dudes in the audience had their dicks out and were jacking it too. So, I did what anyone would have done in that situation and immediately started forming an exit strategy. I started making my way toward the exit, playing with my dick the entire time and having the greatest orgasm of my life just to avoid detection. You don’t want to stand out in these situations.