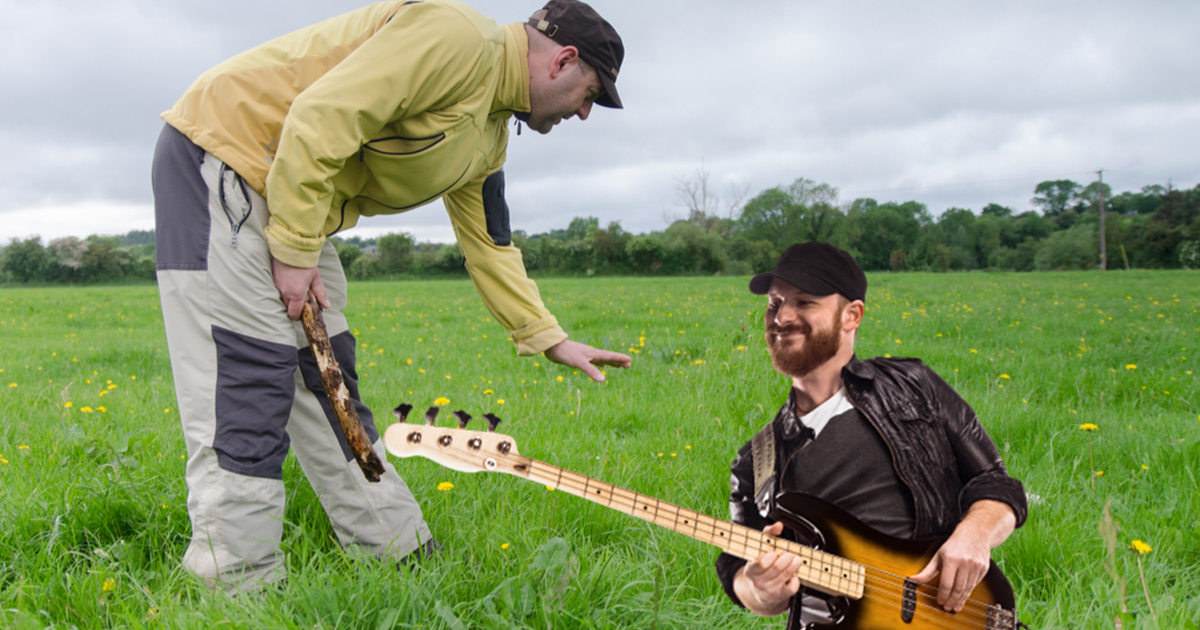 We all love our little two-legged bass playing buddies, but even the best of bassists can be a real handful sometimes!

As the old saying goes, a bass player is band’s best friend, but they can’t all be cool Claypools. Here are 7 basic commands to curb bad behavior if you’ve got a real Pastorius on your hands:

Rollover — This should be one of the easier commands for any bassist to learn, as one only becomes a bassist in the first place by rolling over and submitting to the lead guitarist.

Drop it— It’s natural for bassists to try to grab the microphone, but if they don’t drop it quickly it can lead to serious injury or even terrible .

Stay— Once you’ve found a dimly-lit, out-of-the-way corner of the stage for your bassist to stand, you’ll need to ensure they remain there for the duration of the show.

Crate — Crate-training your bassist may seem difficult, but doing so will make it much simpler to transport them from gig to gig.

Shake — Sometimes, being the frontman can get tiring. After all, you do most of the work on stage in addition to being the one everyone wants to talk to after shows. Once you teach your bassist how to shake, he’ll be able to take over fan-greeting duties while you get some much-needed shuteye.

Speak — Although your bassist will never have to use his voice on stage, teaching him how to speak can make for a fun party trick if you ever make it to the VMAs.

Fetch — Having to fetch equipment is a small price for your bassist to pay for getting to be in the band and sleep indoors.

Teaching your bass player this basic repertoire of commands will show people that you have control over the animal, and reduce the likelihood of an unfortunate incident that would cause you to put down your little 4-stringed companion.