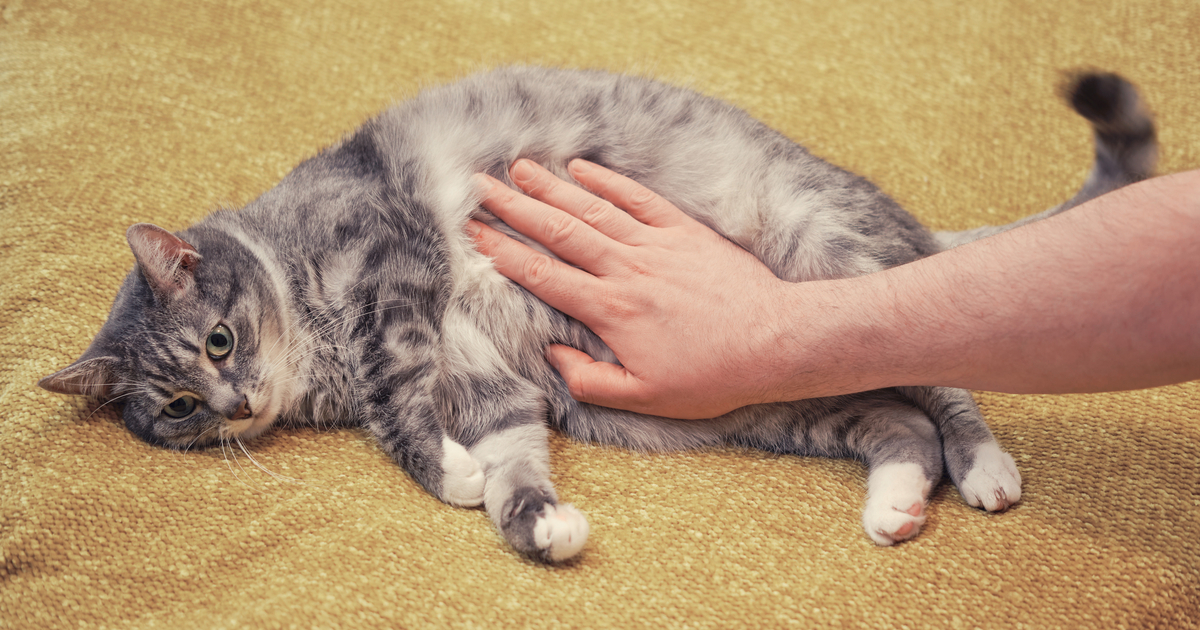 Studies show pets often take on the characteristics and habits of their owners. Okay, well if that’s true, then my cat Fruit Punch should appreciate the genius of The Mighty Mighty Bosstones a hell of a lot more. While Fruit Punch clearly respects the ska-punk pioneers, he just doesn’t seem to “get” The Bosstones like a true fan. I think he’s trying, but here are five troubling signs that my cat may not be the ska aficionado I was hoping he’d be when I adopted him and spray painted him checkered.

Fruit Punch Can’t Skank – It’s a habit of mine to play “The Impression That I Get” at least once an hour. The opening guitar riff that defined American third-wave ska, the brassy horns, Dickey Barrett’s raspy vocals; music simply doesn’t get better. But Fruit Punch refuses to dance! Sure, cat knees don’t exactly bend in a way that facilitates skanking, so he’s off the hook there. But this is certainly not a good sign.

Fruit Punch Absolutely Refuses to Acknowledge Ska’s Jamaican Roots – A lot of people talk to their pets, but I refuse to demean Fruit Punch with baby talk. No, when I talk to my cat, it’s to engage in an exploration of ska from its origins in Jamaica to its artistic apex in the Bosstones. But does Fruit Punch ever contribute a goddamn thing? No, he just licks his butt.

Fruit Punch Isn’t a Two-Tone Cat – He’s just a big-ass ginger. Maybe that shit flies in hardcore, but that’s not ska at all. Also, in 2019, I bought tickets to see The Bosstones. Front row center. Close enough to see sax player Johnny Vegas’ spit leak out of that righteous horn. I was so excited to take Fruit Punch, hoping the experience would get him closer to my level. And what did he do? Buried the tickets in his litter box and hissed when I got near it.

Fruit Punch Doesn’t Seem to like The Old Stuff – One of the strongest indications that Fruit Punch doesn’t appreciate The Bosstones was last week, when I started to play their seminal 1993 album “Don’t Know How to Party.” Well, I guess Fruit Punch only likes the hits because the second I played some of the old stuff, his eyes glowed red and the building began to shake. As soon as I took the record off the player, he went right back to chasing a fly.

Fruit Punch Likes Other Bands Way More – Before you go telling me that cats just aren’t that into specific bands, I know for a fact Fruit Punch is immune to that cat stereotype. For instance, Fruit Punch speaks to me in my dreams, murmuring in a guttural tone that The Specials are a superior band. At least, I think they’re dreams. Though once I woke to find a vintage copy of “Too Much Too Young – The Special A.K.A. Live!” EP on my pillow next to a dead mouse that was dressed exactly like the dancing guy.

In the end, I just have to accept that Fruit Punch might not ever really dig The Bosstones like I do. At least he’s better than my other cat, Baja Blast, who’s waaaaaay too into The Cherry Poppin’ Daddies.