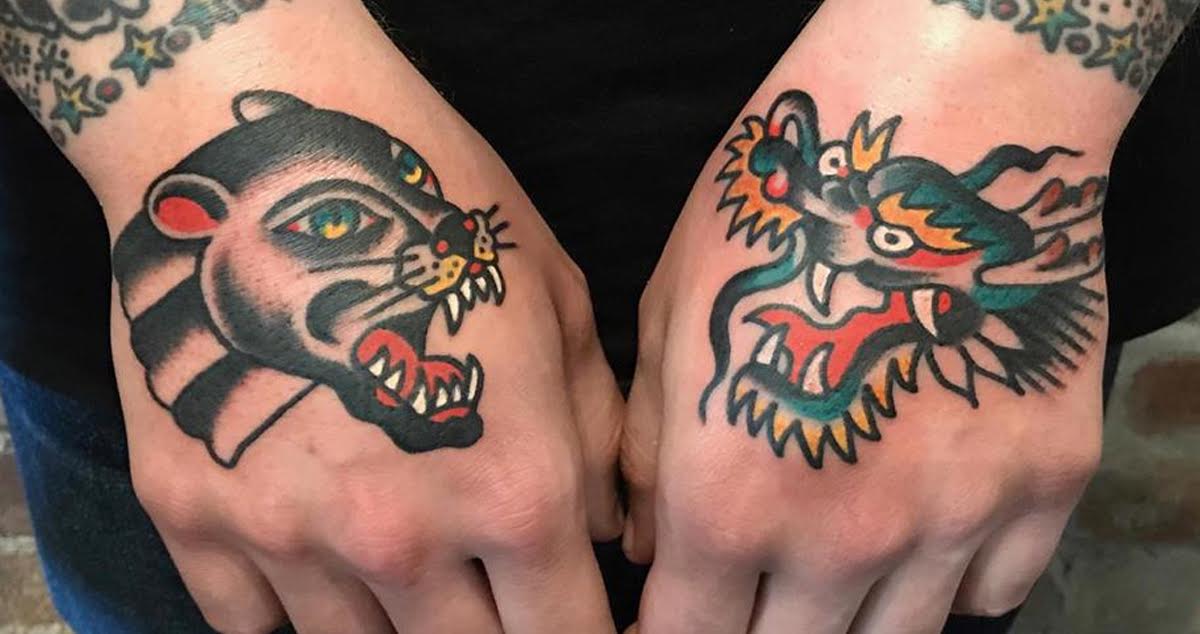 American traditional tattoos are as popular now as they ever have been. These dope pieces have seen a resurgence within the last couple of years and anybody who’s anybody has at least one. The problem is, inevitably some idiot is going to ask you what your sick ink “means to you.” But fret not, because we’ve prepared a few go to answers to have at the ready when faced with this moronic question. 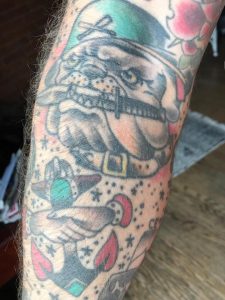 The military is a common theme within American traditional tattoos. This bulldog with a knife in his mouth is not only a classic symbol of the service but is also super adorable. Your Grandpa was in the army, or maybe that was just the reserves. Either way, you can tell people that your tattoo is in honor of the sacrifices he may or may not have made. They definitely won’t think you just picked this one off a flash sheet. 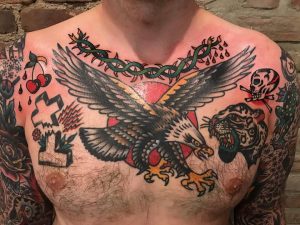 This badass eagle chest piece is a classic. In traditional tattooing eagles have long been a symbol of America, which is perfect for you because you live in America. When people ask you what it means you could say it represents a love of your country. Or, depending on your audience, it’s an ironic nod to the blind patriotism of the American masses. Your call. 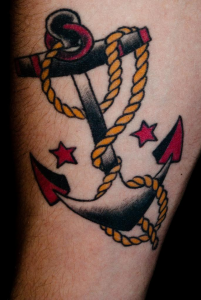 For decades the anchor has embodied stability. For sailors it was a symbol of  what they had waiting at home for them that would keep them going through difficult journeys. For you, you can tell people that it represents your mom anchoring you through life and supporting you, so long as you guys aren’t fighting at the moment. Be sure to leave some space around the anchor so in the future you can add the name of a girlfriend or, if shit gets crazy, a child. 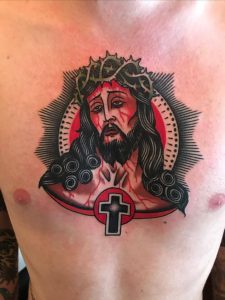 Few tattoos are as iconic as a classic Jesus piece. The problem is, how do you take a picture of Jesus and make it about you? It could relate to your faith, but you’re not really very religious. Your parents were non-denominational, isn’t this really more of a Catholic thing?  Maybe the fact that he’s wearing a crown of thorns could be representative of all the abuse you’ve taken from the scene. At the very least the fact that he’s all bloody should get you some credit with the metal dudes. 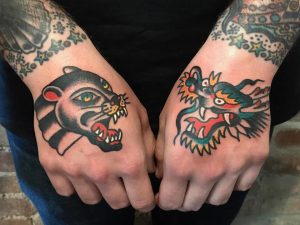 The panther is a symbol of strength, valor, and reserved power, while dragons represent wisdom, longevity, and prosperity. So having these two dope tattoos together basically means you’re like, totally strong, brave, and intelligent. They could symbolize all the struggles you’ve overcome, especially the struggle of being able to afford all these tattoos.