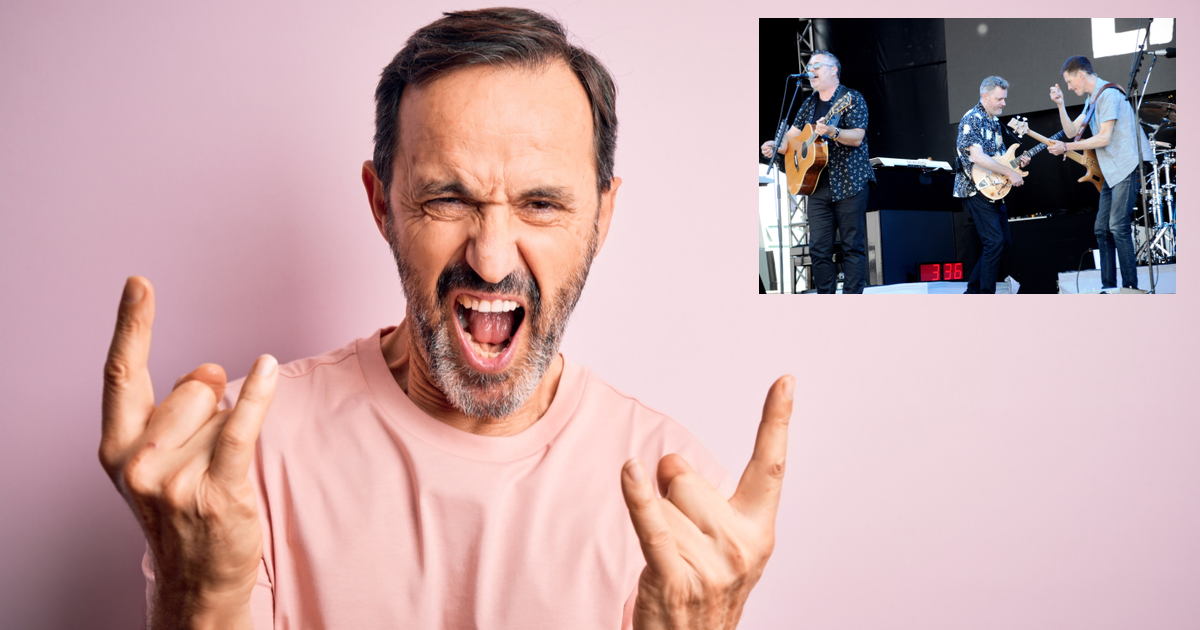 With the world’s political and economic divisions at record-breaking highs, speaking truth to power is more important than ever. The term was coined as a way to describe speech, which, when spoken to power, is truth. It is the verbal sword wielded by the righteous to slay the wicked. Here’s five times the Barenaked Ladies did that shit.

In 1997 BNL released their single, “The Old Apartment.” At first listen the audience may think this is a song about ex-lovers and the former home they shared, but former vocalist Steven Page later in an interview, “The song is about Paul Hazen, chairman and chief executive officer of Wells Fargo. Go read the lyrics again. It’s about that piece of shit Paul Hazen. Fuck that guy.”

“One Week” vs. Bill Clinton, President of the United States

You’re probably thinking, “Wait a minute. I know every lyric to ‘One Week’ especially the part where he admits to jerking off to anime, and I don’t remember ANY lyrics referencing Bill Clinton.” And you’re right! Except for the anime part. Based on the release date he was most likely spanking it to the Sailor Moon graphic novel series, which would make it manga, not anime.

The version of the song you knew growing up doesn’t make mention of Bill Clinton at all. The original version, however, includes this catchy half-rapped, half-sung line, “The children of Yugoslavia, scarred by fire, burnt by bombs, the blood is on your hands Mr. Clinton, the children of Yugoslavia scream for freedom from fire.” For obvious reasons, it was removed from the American release of their 1998 effort Stunt against the band’s protest. The Canadian release remains unchanged.

“Pinch Me” vs. The US Healthcare System.

Almost right out the gate, you’ve got singer Ed Robertson singing “I feel fine enough, I guess. Considering everything’s a mess.” He revealed in a 2010 interview that this was a response to a misdiagnosis he received while on tour in Utah years earlier.

“They said the pain in my stomach was just gas but I knew it was more than that. I knew it was something serious. Turns out I had hundreds of tiny ulcers in my stomach. I almost fucking died and the bill came to $9,000. Fuck the United States Healthcare system. In Canada, this would have never happened.”

To some, this song may sound like the band paying homage to Beach Boys bassist, Brian Wilson. It’s anything but. Barenaked Ladies call Brian Wilson out for his sloth-like behavior in this scathing rebuke of the singer. I saw the drummer at a store one time and asked him if I was interpreting the meaning of this song correctly. He said “yep.”

Why did the Barenaked Ladies place the late Senator Ted Kennedy in their crosshairs? We may never know. What is obvious though is the fact the song is being sung from the viewpoint of the dead Kennedy:

“I Discovered Alcohol
O Alcohol, Would You Please Forgive Me?
For While I Cannot Love Myself
I’ll Use Something Else
I Thought That Alcohol Was Just For Those With
Nothing Else To Do”

This is clearly mocking the “Lion of the State” for his inability to refrain from alcohol. These Canadian rabble-rousers take no prisoners and hold all those in power accountable with their scathing adult-contemporary, pop-rock bangers.