5 South Korea Punk Landmarks That Might Still Exist Next Week 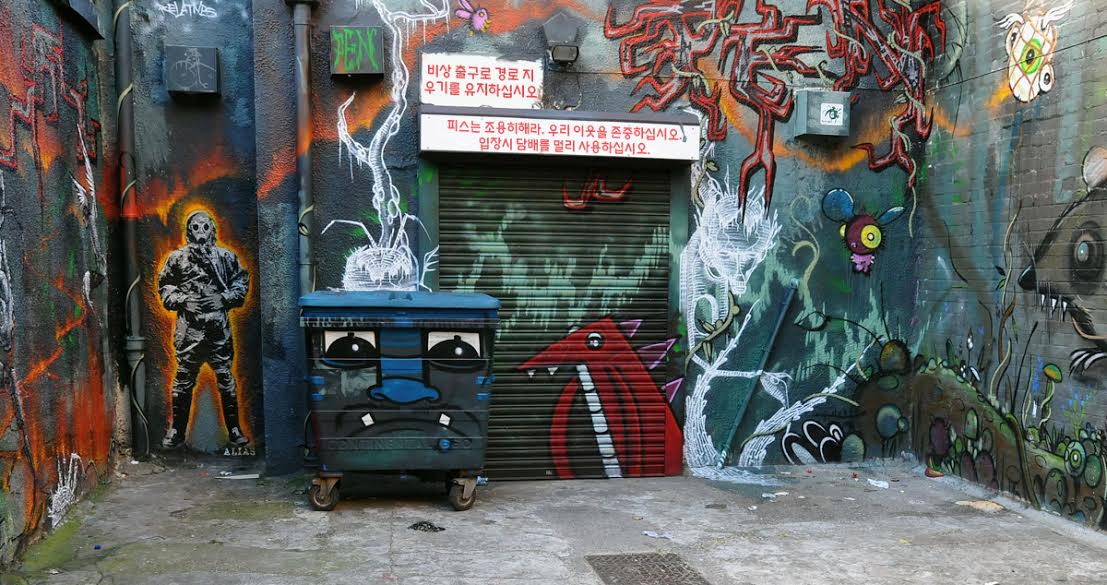 The punk scene in South Korea is as small as it is vibrant. In hopes that more people can enjoy this exciting scene, we at Hard Style prepared a summer guide for experiencing Seoul’s most iconic punk landmarks. However, given recent events, rather than waiting for summer to share this guide, we decided we better get it out now.

So here they are: the five Seoul punk landmarks that could very well still exist by the time you read this.

It was here on July 30, 2005 that members of street punk act, Rux, decided to expose themselves during their first national television appearance because, “TV isn’t punk.” The cafe offers a variety of traditional Korean baked goods as well as Korean takes on western cafe fare. Snuggle down in a booth with your favorite book and enjoy a famous Hongdae coffee and your last moments before nuclear holocaust.

Nestled between a bookshop and a 7-eleven in Mapo, so small you’ll miss it if you blink, is the legendary Sobyeon Room. The stomping grounds of many of Seoul’s greats. It was here, over a couple cans of Cass, that The Emperor’s Maiden decided to change their name to Suck Stuff, and Korean punk history was made. Check it out, and should the bombs start falling, drop to the floor as soon as you see the light. Any hesitation could mean your life.

Seoul’s worst-kept-secret is the lush greenery contained in Seoul’s largest park. Home to more than 40 different species of flower, it served as a place of meditation for one of Seoul’s only straight edge groups, The Geeks. Also, the lack of large buildings near the center of the park make it an ideal place to avoid falling debris in the event of attack. Just remember, the river may be a tempting escape from the firestorm, but will be quickly filled with twisted metal and may very well ignite.

The Mapo Apartments were once home to Victor Ha of the hardcore group, Things We Say. It was here that Victor and his buddies realized their Minor Threat and Gorilla Biscuits tapes were actually a blueprint to their future and started playing. I can’t stress this enough: Do NOT visit the Mapo Apartments. If they fall, none will survive.

The Bomb Shelter is the most legendary DIY venue in all of Korea. Best of all? It’s also an actual bomb shelter from the Korean War. If you can only visit one punk landmark on your trip to South Korea make it this one, don’t say we didn’t warn you.

Do you know any other particularly safe punk venues in South Korea? Please, please, please let us know in the comments below!