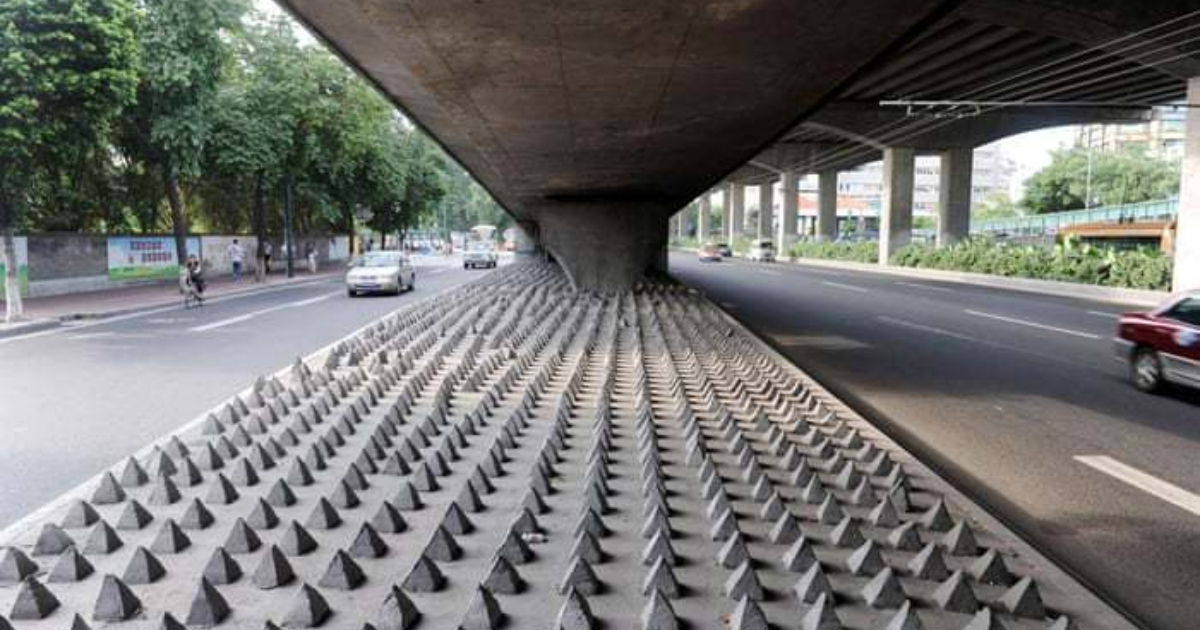 “I LOVE LIVIN’ IN THE CITY!” Hell yeah. “FEAR” said it best in their comedy sketch on Saturday Night Live back in the 80s. They weren’t wrong. What’s not to love about the sound of sirens, car horns, and people puking everywhere? The city has always been an iconic symbol in punk rock and given the fact that we now have elected officials who grew up in the genre, it’s no surprise to see all the work they’ve been doing to keep the spirit of punk rock alive in cities everywhere!

Here are 5 places city officials have made more punk rock:

Public Parks – Free. All ages. No Security. Everything you’d want in a solid DIY house show where nobody cares how much crystal meth ya smoke. It’s basically a Leftover Crack show with swings. So punk rock!

Anti-Homeless Spikes – Okay first off, anything that starts with “anti-” is automatically punk rock. Second, not only are these things quite literally brutal as fuck, they also make all sorts of surfaces look like studded punk jackets. Sick! Next time you’re bored, walk around town with some Crass and Subhumans stickers and slap those bad boys onto any homeless spikes you see for the full effect. As Jello Biafra famously said with no hint of sarcasm or irony, “Kill the poor!”

Public Transit Stations – One thing boomer punks love to complain about is how safe punk shows are nowadays. No place is a better representation of the danger that used to lurk quite like your local public transit station. Whether it’s underground waiting for a train or at a bus stop during broad daylight, chances are you’ll run into somebody who wants to threaten your life. Everybody loves nostalgia!

City Public Bathrooms – In true punk fashion, city public bathrooms are gross as fuck and literally reek of shit. City officials realized it would be much more punk to defund them to give your public bathroom trips more of a DIY venue vibe. Now you can experience a little piece of CBGB every time you take a shit in public.