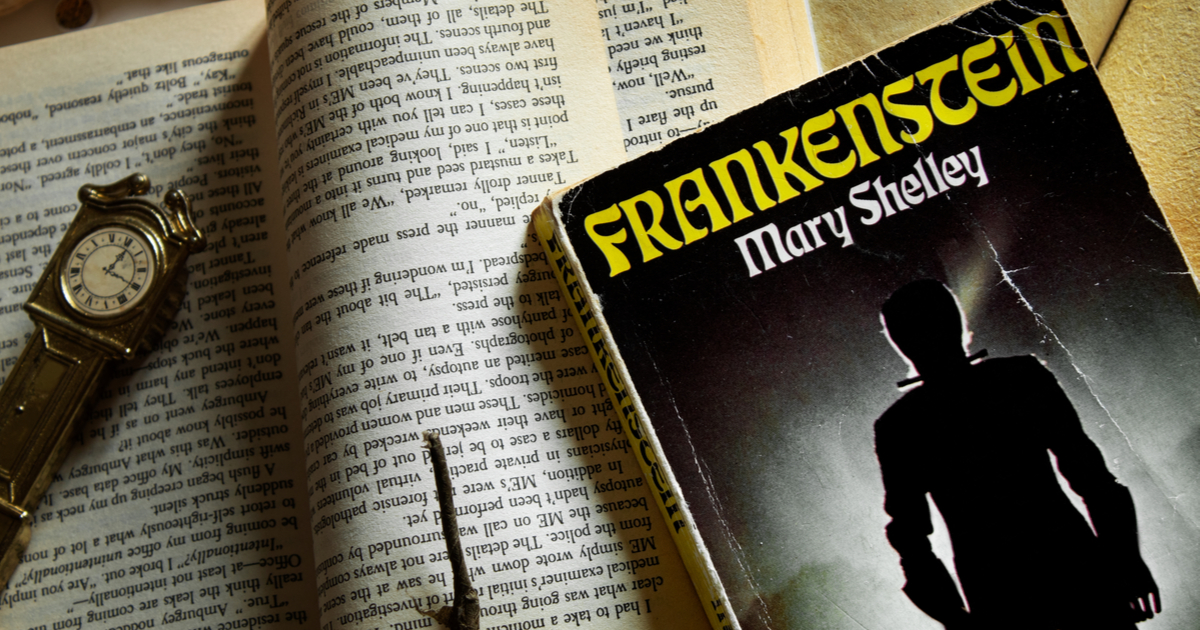 Mary Shelley is one of the most well-known authors in history due to a little book called “Frankenstein,” the classic tale of a scientist who accidentally creates a monster whose primary goal is to acquire a mate at any cost, even murder. But few modern scholars know that Frankenstein was just the first of a number of stories about corpses animated through heretical science that strongly indicates Mary Shelley’s marriage was on the rocks.

A few others of the many stories Mary Shelley wrote that could be used as legal grounds for divorce include:

Bodasius; or, The Modern Unemployed Slob
This 1819 novella covers many of the same themes of Frankenstein, though here the creator is named “Professor Bodasius” and his monster spends a lot of time sitting on a couch eating a 19th-century snack similar to Cheetos and talking about how he was going to write some poems any day now.

The Lonely Soul Only Wants to Talk About His Dead Friend, Bord Lyron
In this dark tale, an unsuccessful and very short poet is brought back from the land of the dead by his beautiful, talented bride, only to spend the entire time talking about his cool buddy, Bord Lyron, and how they should all go on another vacation together. Or maybe just the poet and his friend, if that’s cool.

The Last Man; or I Married a Fucking Loser
An early example of the post-apocalyptic genre, “The Last Man” is an epistolary novel composed of the diary entries of the wife of the last surviving male in the world who claims that, after an unexplained global catastrophe, he can’t get a job because of “all the reanimated corpses taking the poet positions.”

An Electrical Monstrosity of Pleasure in the Bedroom
For two centuries, critics have been unsure how to classify this work, which appears to be a stream-of-consciousness poem in which a brilliant woman devises a way to revitalize a very specific male body part and then runs away with it, leaving her husband behind forever.

Fuck My Husband, Who Is Made of Corpses
Perhaps Mary Shelley’s most controversial work, in part because the author seems to have forgotten halfway through the book to use pseudonyms and just wrote, “Fuck that guy Percy” for a few hundred pages.