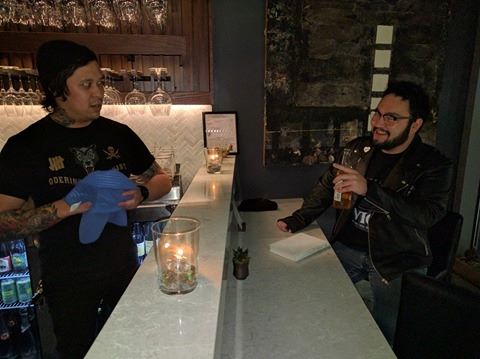 There’s so much music out there that it’s easy for great bands to get lost in all the noise. If you’re looking for something new to listen to today, check out this list of amazing bands that are little-known, mostly because I screwed them up somehow.

This mid-2000s electronic outfit served up catchy riffs with an abrasive edge. Our first single got great reviews and tons of airplay, landing reviews like “Puts Nine Inch Nails to shame.” I was going through a rough breakup at the time, though, and got a addicted to World of Warcraft. I couldn’t commit the time to practice. Purple Glow had a powerful sound, but not nearly as powerful as my level-55 human paladin. Definitely worth checking out if you’re into groups like Crystal Castles. Sorry, guys!

Another great band you probably missed! I didn’t even play an instrument in this one. Some of my buddies from art school formed this playful post-punk group and I figured it would be fun to spend a summer as their roadie/merch guy/entourage — and it definitely was a lot of fun! Our only disagreements were about my insistence that we always leave the van unlocked to save time. By the end of the summer we were in the red $4,000 for stolen gear. Whoops!

This band had great drumming and killer guitar licks. But it turns out playing bass guitar and singing at the same time is pretty hard. My bad.

In 1999 I fronted a pop punk band called Cat Stevens. We oozed talent. Ask anyone from the Portland punk scene. We should have been what Blink-182 became. We only had one problem. My roommate Steven had this cat and I thought the words “Cat Stevens” sounded like a good band name, but apparently that was already taken? We booked some major festival gigs that should’ve made our career, but all of them fell through after the promoters met us in person. We also got a cease and desist from something called “Yusuf Islam” but I still don’t see why an entire religion would want to sue us?

The worst of my fuckups. I don’t know if I can talk about what happened here. I just wanted to say that, Bill, I know I can never take back the past but I am very sorry for what happened to your pet iguana.

Have you heard any of these bands? Lets us know in the comments below.