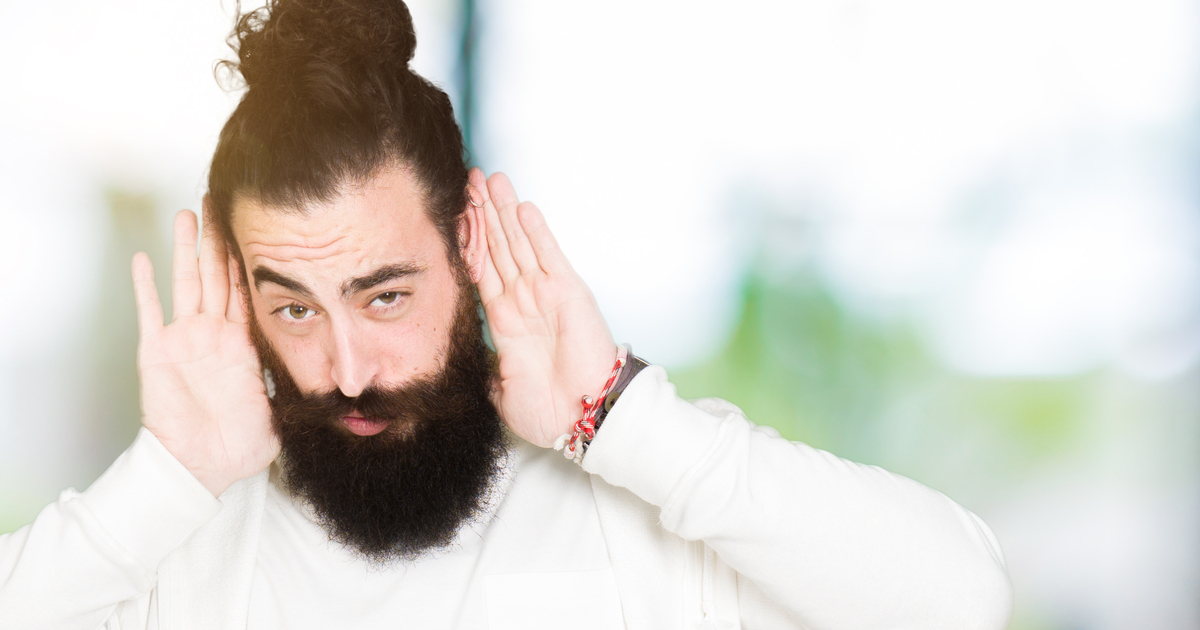 Hearing loss can be stressful and isolating. If there’s one person who knows all about that, it’s your close friend with genetic hearing loss who’s telling you about it. And if there’s one person who can totally relate to this, it’s you, someone who was in a band from 2014-2017. Sure, you don’t rely on lip-reading or closed captioning to understand what people are saying, but you did see Mastodon before they got big. So if anyone understands what a struggle hearing impairment can be, it’s you, somehow.

Here are 5 easy and effective ways to make someone’s genetic hearing loss about you not wearing earplugs in your 20s.

Ask questions – Ask your friend questions about their experience with hearing loss. It will make them feel heard. Then tell them it’s even harder for you because you wanted to look cool and lean up against the stage monitors. Then ask them to repeat themselves. Man, you went to so many shows, they’re probably surprised you can still hear anything!

Become competitive – There’s no way this person’s hearing is as bad as yours. You’ve been going to shows since you were 14, so just make something up about being 63% deaf in your left ear or something. That is sure to impress them and, more importantly, move the focus back to what’s really important — you!

Refuse their reasoning – There is just no way that someone can’t hear for any reason other than the reason you can’t hear. It’s simple logic. You went to shows for 10 years and now you sometimes get symptoms of mild tinnitus. Are we missing something here? If they say it runs in their family then maybe their mom just stood too close to a bass amp when she was pregnant. Who can be sure? Certainly not the person attempting to explain their own medical condition to you, so don’t let them.

Make a dismissive joke – There’s no better way to say “I understand,” than to insult someone to their face, but in a funny way! After all, your dating app profile explicitly states how funny your friends think you are, so here’s a good time to put those skills to use. One joke that is never not funny to a hearing-impaired person is to say “what?” when they tell you they are hard of hearing. It probably only gets funnier the more times someone hears it (if they can hear it at all LOL!).

Just start talking and don’t stop – If the person you’ve encountered insists on explaining that their hearing loss is due to hereditary reasons, simply start talking over them. They’re used to being dismissed and unconsidered, so they will likely give up immediately. If, by some chance, you’ve found yourself trapped by some bitch feminist-type who does assert themselves, make them feel stupid by talking low on purpose, then repeating what you said very slowly and loud. Like how you probably do with people for whom English is a second language. If being in the punk scene taught you anything, it’s that there’s room for everyone as long as they understand that your needs come first.