5 Christmas Traditions From Around the World That Will Make You Say “Holy Fuck, That’s Racist” 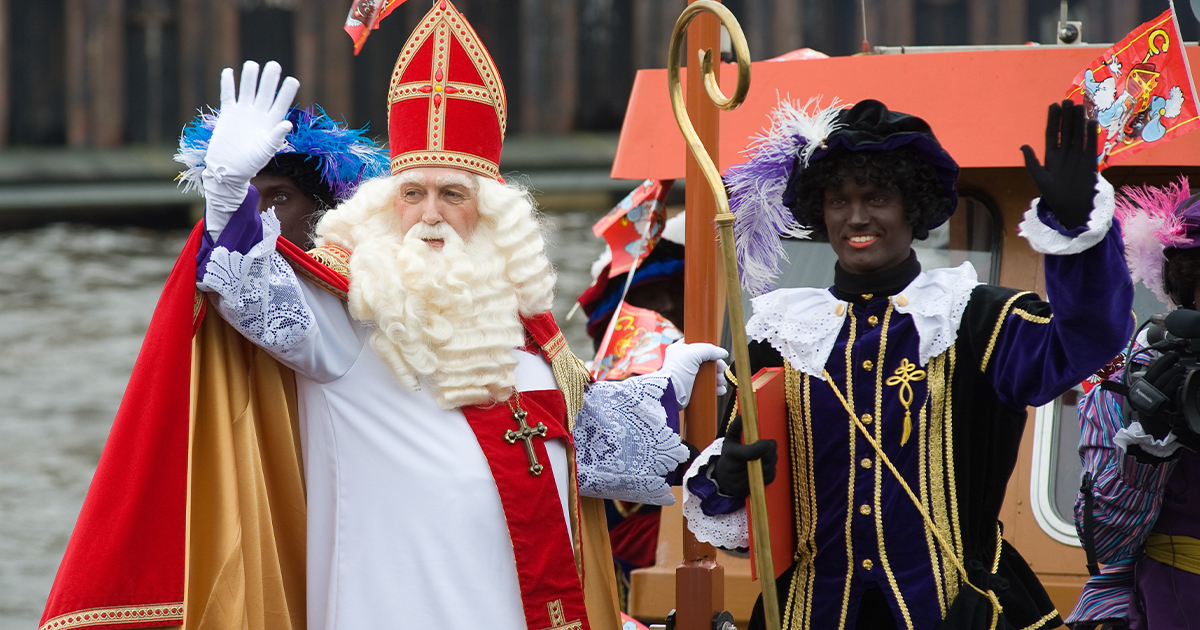 Christmas is the most wonderful time of the year, all the world over! Though America undeniably has the best version of Baby Jesus’s birthday, it turns out that other countries have their own non-Coca-Cola-derived traditions and wow, a lot of them are just racist as hell.

Like seriously, it is crazy how racist some of them are. You might think history would catch up to Christmas at some point, but you’d be wrong!

The Netherlands:
Zwarte Piet: Okay, we’re just going to rip the Band-Aid off with this one and get it out of the way quickly. The Dutch tradition of, oh God, “Black Peter” has been bowdlerized to push the idea that Sinterklaas just happens to have a guy who follows him around doing all his hard work and is black, but they’re totally buddies and there isn’t anything worse happening. Good lord.

Sure, he’s black because of the soot from the chimneys. Fucking sure.

Russia:
Christmas Fortune Tellers: Did you know that in Russia, it’s a beloved tradition to hire fortune tellers to predict the future during ​​Svyatki, the “unholy days” following Christmas? We’ll leave it to sink in that Russia has a pretty problematic history toward the people traditionally viewed as “fortune tellers” and their own “unholy” religious practices and Jesus, that’s fucked up.

Sweden:
The Purity Witch: You would think the Swedes would know better, but then you hear about the Purity Witch, the aged, hideous woman that precedes Saint Nicholas on his Christmas journey and pokes children’s faces with her long, filthy nails to see if any of their ancestors were tainted by the blood of Finns and thus have fleshy noses. We guess Swedes and Finns are racist to each other?

That’s weird and all kinds of sad.

Austria:
Hitler Stockings: What the fuck, Austria? Why in the world would you pin long socks with tiny mustaches on them to the front of all Volkswagons on December 24th? Why can the stockings only be filled with Wiener Zuckerl and copies of a certain book we would prefer not to mention? This one feels like it should be straight-up illegal.

U.S.A:
The Worship of Heatmiser: Even other racist countries think America is crazy for this one! Every year, Americans all around the country gather around their televisions to give praise and thanks to Heatmiser, who, as we all know, represents the everlasting, inescapable flame of burning racial hatred.