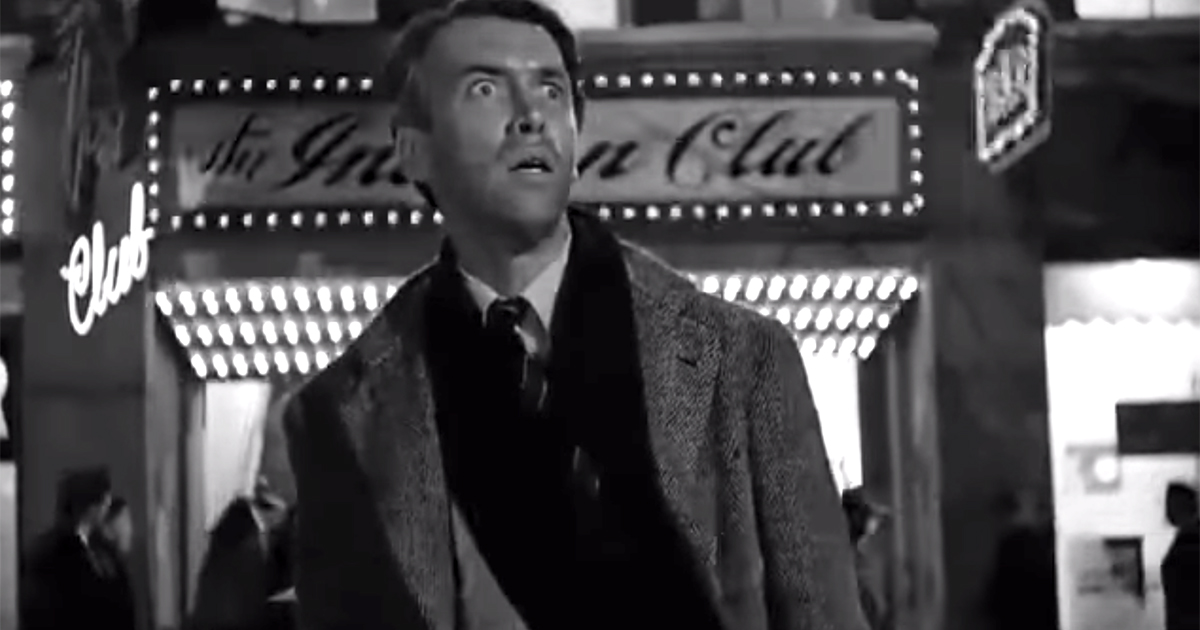 So, you’ve created a dystopian nightmare version of your hometown by wishing you had never been born after a clerical error put your business in danger. Happens to the best of us!

Sure, your beloved little village may be now named after that greedy, evil Old Man Cruster and apparently your wife wears glasses, but that’s not the end of the world! Well, it kind of is for the world you once knew, but now that you’re apparently stuck here in Crusterville (as it’s now called), stop freaking out and try having some good old-fashioned Christmas fun!

1. Sledding Down the Mountain of Garbage

Nothing says “wintertime” like a delightful day of sledding with the family! Of course, we do things a little differently in Crusterville, as most of the hills around here are festering mounds of refuse, garbage and violently burrowing possums! Still, for extremely brief moments when a new snow falls, you can grab a rusty car door or toss the putrescent remains of something terrible out of a lead-based washtub and head on down that garbage slope! Also, you no longer have a family. They have never existed.

2. Use Your Precious, Hard-earned Money on a Cup of Hot Swill

And after exhausting yourself on those hills of decay and squalor, how about a warm-up? Of course, Old Man Cruster owns every business in town, and pays what can barely be called starvation wages to work in one of his sweatshops. But once you’ve skimped and saved and starved for weeks to get just an extra few nickels, try spending them on one of the quaint swill-vendors that line the alleys with their steaming buckets! Sure, it tastes like gasoline and is mostly gasoline, but it’ll warm you up and kill a few memories. Memories of a world that never was…

Now that you’ve got some gas courage in your belly, check out the Crustkindlmarket! That’s right, at some point, this town even renamed the traditional Christmas street market after the wizened despot who rules this town with the bitterness of a man who has never known love or affection! Stalls full of rude, surly townspeople selling poorly-made wooden dolls of Old Man Cruster! Advent calendars commemorating his brutal victories in business! Hats!

4. Realize Your Younger Brother Died in a Terrible Childhood Accident

This is one of visitors’ favorite activities around the Yuletide season! As you’re wandering the snowy, grimy streets, you’ll come across your beloved brother’s grave. He died because you weren’t there. All those other people did too. ‘Tis the season for horrific discoveries!

5. Form a Mob to Get the Crazy Stranger

Now that you’re getting used to Crusterville, join this growing mass of angry people to get the frantic stranger everyone’s been talking about! That guy is bad news and we should rough him up! Rough him up good! Roughing up people is what we do here in Crusterville, where you never existed but also only exist here now! Wait a minute, It’s you! You’re the stranger! Get Em!

Enjoy realizing the value of friends or whatever, and remember, when the mob does catch up to you don’t struggle just try to go limp.