Opinion: Pinkerton Was the Second Weezer Record of All Time 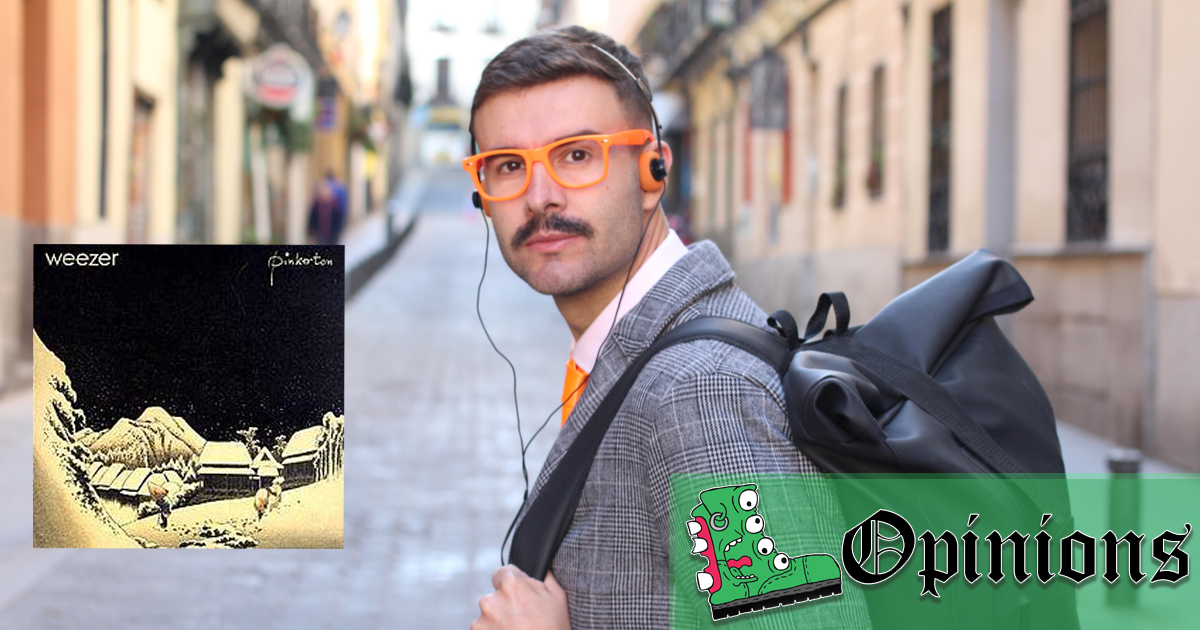 The album Pinkerton is, without a shred of a doubt, the second Weezer record of all time. It lacks some of the studio polish and radio-ready hooks that define the Blue Album, but that doesn’t negate the simple facts. It’s Blue and then Pinkerton and it’s not even up for debate.

Weezer has somehow put out 13 albums in the past 25 years, but only the nerdiest of hipsters (or the hippest of nerds) would waste their breath on anything but Blue or Pinkerton, save for maybe a track or two off the Green Album and that banger of a Toto cover from last year.

Did Pinkerton lay the groundwork for the rise of emo in the late 90s? Yes. Has it evolved into an absolute classic? Of course. Was it released after the Blue Album? You better fucking believe it was. Don’t you preppy dweebs have Wikipedia?

The Blue Album came out in 1994 and went multi-platinum with hits like “Buddy Holly” and “Say it Ain’t So.” Pinkerton was grittier in its production and loaded with questionable lyrics about a pubescent female Japanese penpal. Critics destroyed it at first, but young white kids in black-framed glasses discovered its beauty as time passed. Now it’s a goddamn classic, right up there with the Blue Album, no joke!

But Pinkerton came out in the Year Of Our Lord 1996. According to Pope Gregory XIII, inventor of the Gregorian Calendar, that comes a full two years after 1994. Case closed.

After Pinkerton, Weezer returned to their power-pop roots on the Green Album, easily the third Weezer record of all time. But rather than quibble over the whole damn discography, here is the definitive order when it comes to Weezer records: