We Reviewed Every Game on the Chili’s Tablet Menu 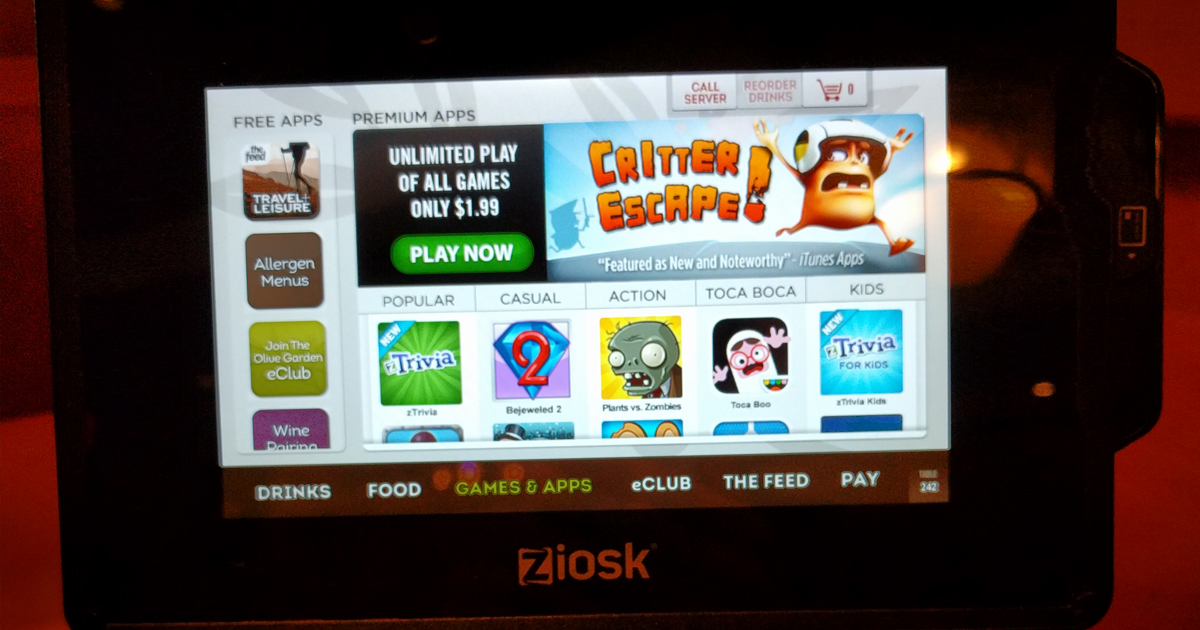 Every gamer’s favorite restaurant, Chili’s, released a new cutting edge touchscreen tablet menu this week that has sent ripples throughout both the gaming industry and fast-casual dining industry due to its amazing selection of games (as well as the menu itself). But, of course, like with any new console, it’s understandable to have hesitations about whether you should believe the hype. To help you decide if this new console is right for you, here are our reviews of every game you can play on Chili’s touchscreen tablet menu.

zTrivia! Sports Edition is one of the most beautiful sports trivia tablet games in recent memory, mainly due to its gorgeous, incredibly legible text. Not only is the font satisfying to look at, but it also includes punctuation marks, such as the incredibly helpful question mark which helps you identify which sentence on the screen is the sports trivia question you’re supposed to answer. You know you’re playing something truly groundbreaking when you have to pay $2.99 per question.

Rating: 5 Half-Off Margaritas out of 5

No one expected the tower defense genre to be revolutionized in 2019. Then came Fieldrunners.

Fieldrunners completely subverts the tower defense genre by having you defend a field from runners (commonly referred to in-game as “Fieldrunners”). I was on the edge of my Chili’s booth the entire time I played this game, which by the way costs $7.99 for 5 minutes of game time.

Rating: 5 Southwestern Eggrolls out of 5

Spy Mouse’s title is a lie. I expected a thrilling, gritty stealth game about a mouse in a little James Bond suit, but every level is just a big colorful maze with some cheese and a cat you have to avoid. Spies lie all the time, though, so maybe this game was made by a spy and the title was right all along? Either way, I loved every second of this game, which costs $25.99 a second to play.

Rating: 5 Chili’s Gift Cards out of 5

This is pinball, except you launch the ball from the top. I nearly threw up all three Molten Chocolate Cakes I had eaten trying to wrap my head around this innovative concept.

Rating: 5 Buckets I Bring to Chili’s Just in Case I Throw Up From Overeating out of 5

A cactus that runs a circus asks you to pop balloons. Seems like he could do it himself, but it’s Friday night at Chili’s and I’m happy to help! The way he winks and smiles at me leads me to believe we would probably be good friends if he was real — which, thanks to these stunning graphics, it almost seems like he is.

Rating: 5 of These Game Characters Who are My Only Friends out of 5

Thank God they finally made a digital version of foosball, because I’m never able to find a partner to play with in real life. Foosball Cup is an impressive simulation of what it must feel like to have a friend.

Rating: 5 of the Bartenders Who Have Told Me They’d Prefer to Keep Our Relationship Strictly Professional Even Though I Know They Hang Out With Other Customers out of 5