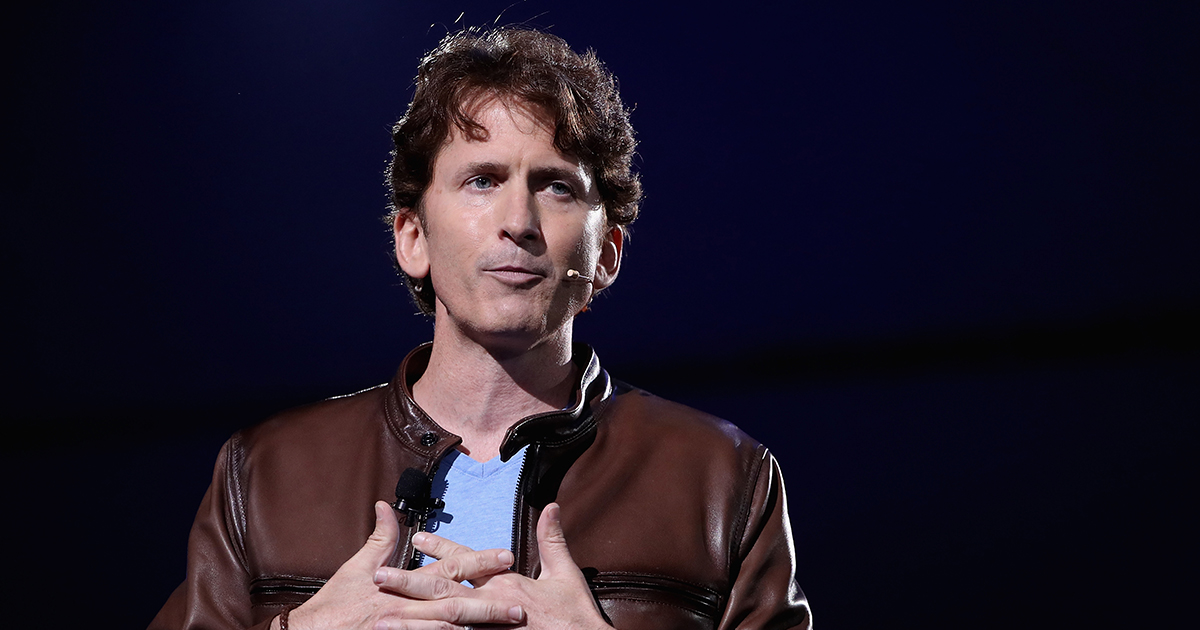 BETHESDA, Md. — Bethesda Softworks CEO Todd Howard reportedly sent a message to The Outer Worlds developer Obsidian late yesterday evening, just to see what they’ve been up to the past nine years or so, out of curiosity, for no particular reason.

“Heyyy what’s up lol been a while,” wrote Howard from his personal Twitter account at approximately 2:37 a.m. this morning. “You just popped into my head just totally randomly, and I was thinking about all those late nights we spent back when we were working on that Fallout game together. Forget what it was called lmao but that was fun times. How have you been?”

“You’re probably suuuuuper busy, so like, no rush getting back to me or anything! Just want you to know I am still thinking of you and I care about you a lot and hope you have been doing good,” wrote Howard, before pausing for another two minutes. “If you ever need anything, I am always here. Love ya!! :)”

When reached for comment, a spokesperson for Obsidian confirmed receipt of the messages, but claimed not to have read them closely, and had no plans to respond to Howard directly.

“Todd isn’t a bad guy, really. We wish him the best and have no hard feelings about him ghosting us all those years ago. Everybody makes mistakes,” said Obsidian’s assistant director of communications Hannah Lambert. “But come on, dude, you gotta get over it. We’re a mature game studio now with a popular new game, not some ‘one who got away’ for you to fantasize about while you neglect your own studio.”

As of the next morning, Howard had changed his profile photo and posted a series of Tweets about how happy he was with Fallout 76.