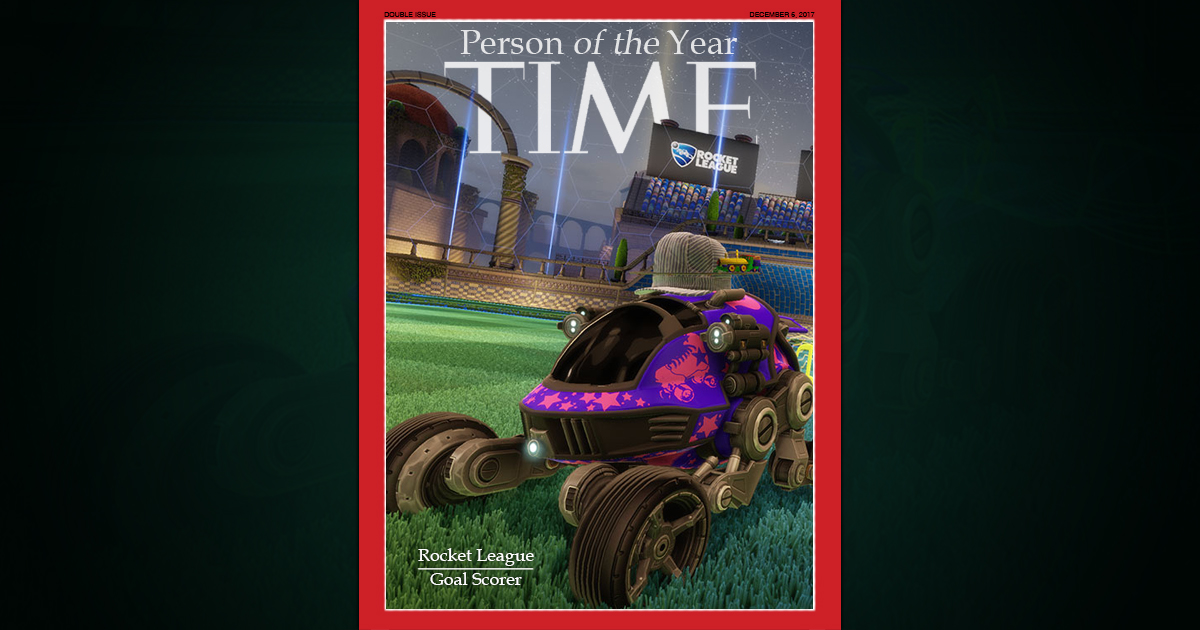 NEW YORK — Time magazine announced the winner of its 2017 Person of the Year award today: Carlos Villalba, a 27-year-old “Rocket League” player who pushed a ball into the opponent’s goal, and not just as a lucky mistake while playing.

The nominees, which included NFL quarterback Colin Kaepernick, Chinese President Xi Jingping, and a guy who completed “Horizon: Zero Dawn” without telling anyone, were announced by Time magazine last Wednesday.

“It’s such an incredible honor to be recognized by Time magazine as someone who had the most influence on the world in 2017,” Villalba said. “Generally when I play ‘Rocket League,’ I try my best to make contact with the ball and push it in the general direction of the other team’s goal. But on April 3, I saw an opening and purposely jumped up a little bit to hit the ball exactly where I planned.”

“It’s pretty cool to be officially recognized by Time as the first person to ever do that,” he said.

Time magazine’s accompanying article explained the process behind how Villalba was chosen and why his “Rocket League” play had such a lasting cultural effect on 2017.

“Sure, the #MeToo campaign was huge, but did it inspire as many people as that on-purpose ‘Rocket League’ goal?” said Edward Felsenthal, editor in chief of Time magazine. “We aren’t even saying it had a totally positive impact. For some people, Villalba’s goal was a shining beacon of frustration; it was empirical evidence that, yes, one can technically score a goal in ‘Rocket League’ on purpose, even though you cannot. But hey, Hitler was Person of the Year once, too.”

President Donald Trump, winner of the 2016 Person of the Year and another nominee for the 2017 edition, tweeted about the results today.

“Pathetic New York TIME [sic] offered me another spot for Man of the Year and I said no way! I’m too busy WINNING,” the President tweeted at 8:03 a.m. local time. “All of my goals in ‘Rocket League’ are 100 percent on purpose. Last night I did a backflip and scored a 3-pointer. EASY!”