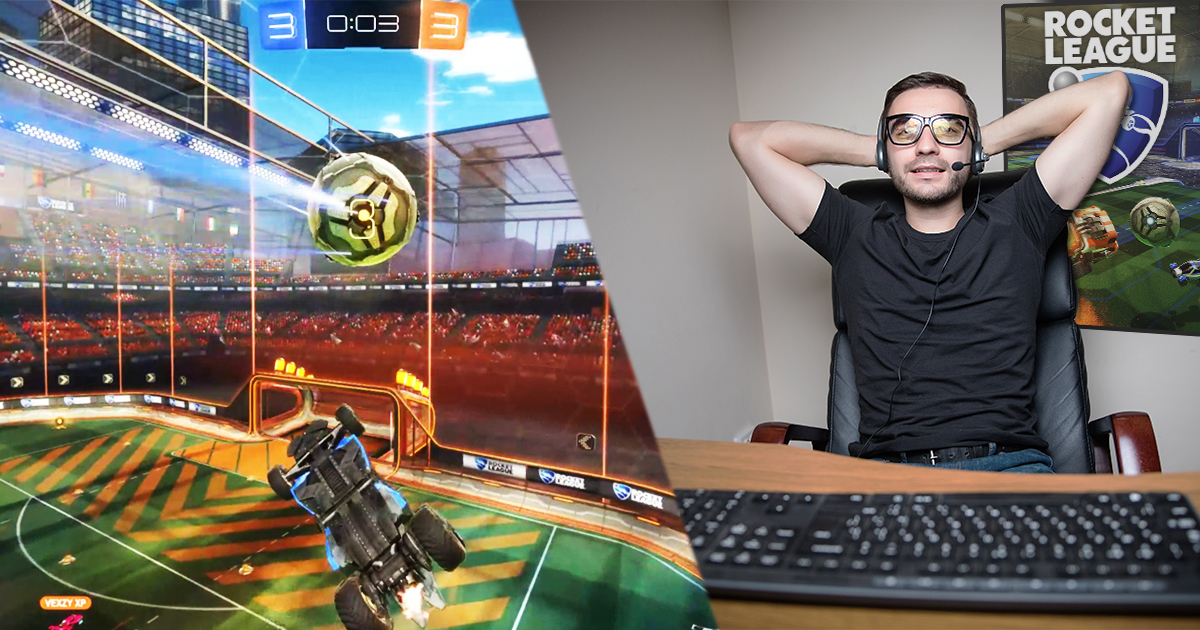 BALTIMORE — In one of the most impressive Rocket League feats of all time, incredible gamer Carlos Villalba performed a mid-air shot on goal for the game winning point entirely the way he intended to, today.

“He set out to fly into the air and hit the ball towards the net…and then he did exactly that. It might just be the greatest Rocket League play I have ever seen,” said Villalba’s teammate Sarah Rothblatt after the match. “I have seen some pretty insane moves in Rocket League. People driving along the top of the stage and landing, someone passing a ball to a teammate and the teammate shooting, incredible last minute goalie saves… but never in my entire Rocket League career have I seen someone pull off an on-purpose aerial move.”

Fans of Rocket League gushed on social media websites about Villalba’s gameplay video after confirmation that the play was, indeed, intentional. Many have argued that it qualifies as the most impressive Rocket League play ever performed.

“A lot of people think my move in an MLG game back in May is the best ever,” said another player, Chelsea Hamlin, on Reddit’s Rocket League subreddit. “I scored a goal while spinning six times across the field. It was the craziest thing anyone had ever seen in Rocket League before. But that, obviously, was a really cool accident.”

The video isn’t just sending ripples through the fan community, though. Gamers in the professional MLG Rocket League scene believe that the newfound trick could change the metagame forever.

“Rocket League is already one of the deepest, most complicated competitive video games when it comes to technical skill and strategy,” said Ryan Nguyen, better known by his MLG gamertag x0roz. “If we incorporate the ability to do things on purpose, this game could seriously blow up.”

At press time, Villalba was found in practice mode desperately attempting to recreate his incredible aerial shot to no avail.